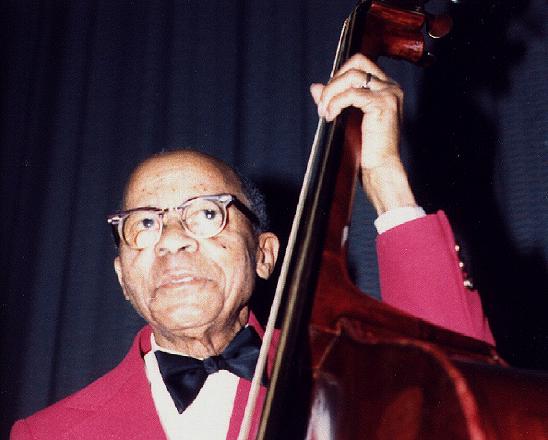 The New Orleans jazz scene is awash with bassist Ed “Montudi”, Garland. He has played with almost every major parade band and jazz combo. His long career started with the Imperial Orchestra, which he played in before 1910. In the 1970s, he was still active with the Legends of Jazz. His achievements are the same as what was expected from anyone who plays in a rhythm section of this type of jazz. To begin with, he learned drum rudiments and began playing the snare in parade groups. As a teenager, he moved to the tuba and mellophone and continued his gig march. He switched to string bass and was finally able, at least relative speaking, to get involved in groups that sat still while making music. Garland was also a brass-bass player and played with at least half a dozen of the top New Orleans brass bands. He moved to Chicago in 1914 to capitalize on New Orleans’ growing interest for jazz. He was a part of a group that toured one major theater circuit with Mabel Lee Lane, his vocalist. Manuel Perez, Freddie Keppard and, finally, King Oliver were other Chicago connections. Garland was able to kick off the roaring 1920s by touring the west coast. He then went on to work with Kid Ory and would continue playing for the next ten years. Jelly Roll Morton was also a frequent performer in Los Angeles. Gardner joined Andrew Blakeney’s combo in the mid-’50s, but was also working in San Francisco with Earl Hines, the great pianist and bandleader. While the bassist was a key part of west coast traditional jazz, his work increased with the Dixieland fad in the 1960s. Listeners could now catch Garland in the bands of Turk Murch and Joe Darensbourg at both San Francisco’s and Los Angeles venues. Blakeney was a collaborator as well. The bassist can be seen in the band of the leader in the 1966 melodrama Hotel. In 1969, the Young Men of New Orleans included Blakeney in their lineup. Two years later, Gardner returned home to perform at the jazz festival. Gardner toured the world with the Legends of Jazz in the 1970s. Allmusic