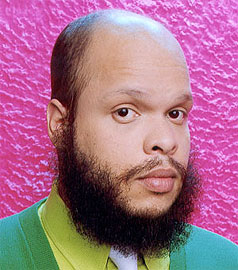 Ed Motta, a well-known vocalist/composer, is a nephew to Tim Maia. He has been associated with danceable music, and more recently to sophisticated MPB. He has been recognized for his international performances, won awards for film soundtracks and held the gold record. He was captivated by disco music since he was a youngster. His older sister was his dance partner. He began to collect records and discovered rock in 1982. He spent a lot of time researching and collected many albums, magazines, encyclopedias, as well as books about rock. The vocalist for the hard rock band Kabbalah was he. He left high school to write in a black music zine and become a DJ. With Lisiane, he organized a week of soul and funk at the Sound and Image Museum of Rio de Janeiro. Then Motta met Comprido (aka Luiz Fernando, future Conexao Japeri guitarist). They started playing jams in rehearsal studios and created Conexao Japeri. It was originally called Expresso Realengo. Warner hired the group and released Ed Motta E Conexao Japeri in 1988. The album had two hits: “Manuel” and “Vamos Dancar”. Motta left for solo in 1990 to record Um Contrato com Deus, which was influenced by Prince’s Sign O’ the Times. In this album, almost all instruments were performed by Motta and Bombom. He stayed in New York for one year to record an album with Eddie Gomez and Bernard Purdie in the mid-90s. He wrote “Crescente Fertil” during that time. Three years later, he had the lyrics written by Aldir Blanc. It was also included in Aldir’s 50 Anos. He returned to Brazil and recorded the Pequeno dicionario Amoroso soundtrack. He performed in Brazil and the U.S., Buenos Aires (Argentina), Rome, Italy, and Paris, France. Motta’s first gold record was with Manual Pratico Para Bailes Festas e Afins, (Universal), 1997. He recorded the soundtracks to Nino and Uma Janela Para o Cinema and performed at New York’s Central Park with Roy Ayers. In 2000, he presented Musicas Antigas e Algumas Ineditas. In which, he was accompanied by a jazz trio and performed both Brazilian and American music as well as new compositions. Motta’s star rose in the new century, beginning with Dwitza, a 2002 album that was praised by European and Brazilian critics for its fusion of jazz, soul and Brazilian music. A few months later, Poptical followed Dwitza. Aystelum featured a different musical style on each track in 2005. He modestly claimed that he got it from the 30,000+ LPs in the collection. Although his live album Ao Vivo reached the top of the Brazilian charts in 2006, it was Chapter 9, his studio album, which received more attention despite having darker themes and textures. Despite being in another language, it was received with a warm reception in Brazil. Motta continued touring nationally and internationally, with a particular fan base in Japan and on the jazz festival circuit. It was praised by sage critics as a masterpiece. Piquenique, which was released in 2009, was a celebration of Portuguese music and jazz. Motta’s love of radio formats from the early ’70s to early ’80s was reflected in AOR. It seamlessly combines jazz, pop and funk with studio production. It was released in Portuguese and English, and quickly became a global hit. The single version of “Dondi”, featuring David T. Walker, an ex-Motown guitarist, was especially well-received. It was originally released in Brazil and Europe but received an American release through the Tummy Touch label. Motta was exposed to an even wider Anglo audience when the English-language version was released. In early 2016, he followed the album with Perpetual Gates. Producer Kemau Kenyatta was Gregory Porter. The guest list featured a star cast of West Coast musicians, including Patrice Rushen and Hubert Laws. Allmusic