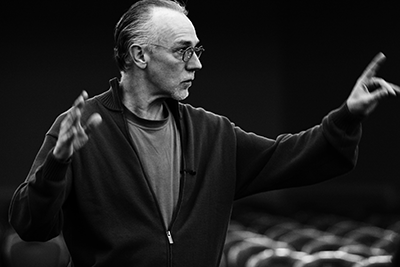 Ed Neumeister was born in Topeka, Kansas. He grew up in San Francisco Bay Area during the 50’s and 1960’s. At the age of five, he began playing trumpet and piano. When he was nine years old, he switched to trombone. He was an integral part of the San Francisco Bay Area’s music scene for many years. Ed moved to New York in 1980 and performed 15 years in Duke Ellington Orchestra. He also spent 19 years with Mel Lewis Big Band, which was transformed during Neumeister’s tenure into the multi-Grammy-nominated Vanguard Jazz Orchestra. He recorded and performed with other renowned artists, including Gerry Mulligan and Frank Sinatra, Aretha Fitzgerald, Aretha Franklin and Sarah Vaughn. He was not only a stylistic artist, but he also gained experience performing with classical orchestras like the San Francisco Symphony, the New York Philharmonic and the San Francisco Ballet. Ed was invited to tour Europe as a guest soloist for the first times in 1992. He has been invited to perform as both a guest soloist and conductor in Europe and the USA numerous times since then. Because of his unique mix of Contemporary Classical and Big Band Jazz, many of these invitations also include composition commissions. Grammy Award nominee for his arrangement of A Nightingale in Berkeley Square. Ed developed a relationship, through his conducting and composition activities, with the Metropol Radio Orchestra (Netherlands), and the Budapest Jazz Orchestra, Hungary. Since his days in San Francisco, Ed has been composing and leading his own ensembles. He is also the founder of NeuHat Ensemble, an 18-piece mixed ensemble in New York, and ENJO Ed Neumeister Jazz Orchestras in Los Angeles and New York. He has seven albums as a leader. Ed has been involved in film music since 2007. He orchestrated films like Inception, Sherlock Holmes and The Dark Knight, as well as the 2012 Academy Awards. Ed Neumeister is Professor of Jazz Trombone, University of the Performing Arts in Graz Austria. From www.edneumeister.com