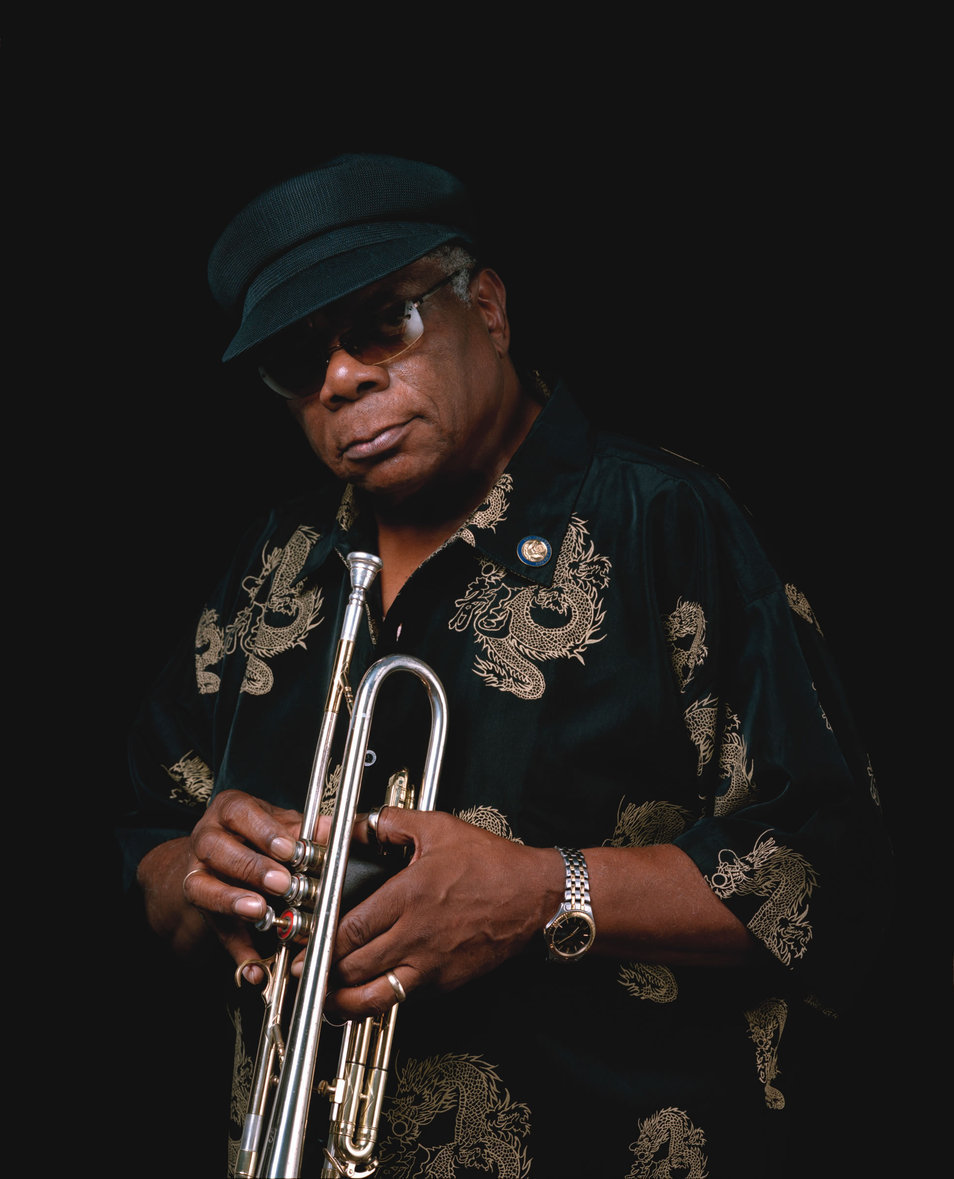 Edward Gale Stevens Jr., August 15, 1941 – July 10, 2019, better known as Eddie Gale was an American trumpeter best known for his free jazz work, particularly with the Sun Ra Arkestra. Gale was born in Brooklyn, New York. He studied trumpet under Kenny Dorham. He recorded with Cecil Taylor and Larry Young and also performed with Jackie McLean and Booker Ervin. Scoby Stroman, a drummer, introduced him to Sun Ra in the 1960s. Sun Ra’s philosophy on music and life was something he spent hours learning. Eddie says, “Playing music with Sun Ra is an amazing experience. It’s a wonderful experience. It’s possible to create new ideas with your instrument. I was inspired by his music to explore the use trills and the placement of whole notes and then a space chord. These ideas are not found in exercise books. He recorded and toured extensively with Sun Ra during the 1960s and 1970s. This was a significant influence on him until Ra’s passing in 1993. Gale was appointed artist in residence at Stanford University for a year before moving to San Jose in 1972. The trumpeter was instrumental in bringing jazz into the 21st Century. He made many appearances with Oakland’s hip-hop group The Coup. Gale could be heard playing his trumpet and interacting with the music’s beats and turntables. Eddie Gale held regular workshops in creative music at the Black Dot Cafe in Oakland, run by Marcel Diallo and the Black Dot Artists Collective. His partnership with Desert Storm Veteran Dennis Kyne in the 1990s helped to develop Music in Our Schools and a free trumpet program in San Jose for underserved teens. Eddie Gale brought the music to churches and universities by holding concerts with the Inner Peace Orchestra. He also raised money for musicians’ health care. Gale, 78, died July 10, 2020.