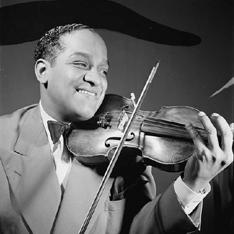 Eddie South, a pre-bop violinist, was a talented technician and, if not for the racism of the time at the time, would have been a great classical violinist. South, a child prodigy who graduated from Chicago Music College. South was unable to hold a classical position in 1920s Chicago, so Darnell Howard taught him jazz. He worked in Chicago during the mid- to late ’20s with Jimmy Wade’s Syncopators and Charles Elgar. South’s 1928 trip to Europe, where he studied at Paris Conservatoire, made a profound impression on him. He particularly enjoyed his visit to Budapest. Later, he would frequently use gypsy melodies to inspire jazz improvisations. South returned to Chicago in 1931 with his band, which included Milt Hinton, a young bassist. He visited Paris in 1937 and recorded with Stephane Grappelli and Django Reinhardt. South didn’t make a big commercial breakthrough in his career. Although he did some work in radio and television, South spent the majority of his time in relative anonymity gigging in New York, Los Angeles and Chicago. Two Classics CDs have been released a couple of Eddie South’s early recordings, which cover 1927-1941. He recorded later for Chess, Mercury and Trip. Allmusic