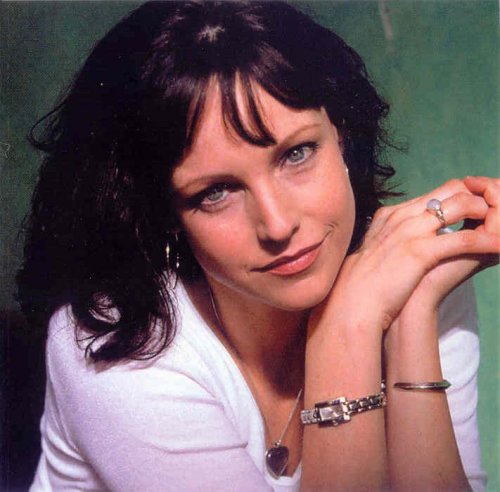 Eden Atwood was born January 1969 in Memphis, Tennessee. She moved to Montana when she was five years old after her parents divorced. Eden moved to Montana in the company of her mother, A.B., a Pulitzer Prize-winning author. Guthrie, Jr. Eden was encouraged to take part in musicals by her mother. She is a jazz singer and lives in Missoula, Montana. Hub Atwood was her father and an arranger who wrote and performed for Nat King Cole, Harry James and Stan Kenton. Eden, then 15, was leading a band that included musicians twice her age from her hometown. Two years later, Eden moved to Montana to study drama. She then went on to Chicago. Eden studied at the American Conservatory of Music in Chicago. Eden had eight years of classical piano training, which gave her a solid musical foundation. However, she wanted to be able to compose and arrange her own music. Acting and modeling roles in New York, Los Angeles, and Paris were her options. Eden was tapped in 1992 for a recurring role on ABC’s The Commish. In the same year, she also starred for nine month on ABC’s daytime drama, Loving. Eden’s Manhattan singing debut was made in this period at the Algonquin Hotel. Soon, she was singing at Tavern on the Green and Michael’s Pub. Eden was a guest star on Paramount’s The Untouchables and returned to Chicago as the headliner at The Gold Star Sardine Bar. Eden, the youngest jazz artist to be signed to Concord Records, made her debut on “There Again” with Marian McPartland in 1994. Eden continues to perform and record internationally. The bossa album “Waves”, released in 2002, and the ballad album “This is Always”, in 2004, were her most recent releases. Eden Atwood, Waves Eden, was born with an inherited condition called AIS (androgen-insensitivity syndrome). She speaks out about AIS and works with national organizations. Her condition is openly discussed in the liner notes of “Waves.” Although she is too jazzy to be considered cabaret, Eden emphasizes ballads and her jazz-oriented material keeps the tune’s integrity. The doo-wop song “Only You” has been given a ballad version. She also performed the traditional “Auld Lang Syne” in a ballad. Both of these songs were given great meaning by Eden. Jan Merod, Jazz News, said that “In a culture which has devalued lyrical beauty,” Eden Atwood’s voice lends dignity Eden’s vocal style is more like an early Ella Fitzgerald. She sings a few blues tunes, including her composition “Cat on a Hot Tin Roof” and “Cow Cow Boogie” from “No One Ever Told You” and injects a blues singer’s emotional resonance on many songs from her latest album “A Night in the Life”. Eden has released four albums on Concord: “No One Ever Tells You”, “Cat on a Hot Tin Roof”, 1994, “There Again”, 1995, and “A Night in the Life,” 1996. Her music is influenced by many great jazz and pop singers such as Ella Fitzgerald and Rosemary Clooney. Marian McPartland, a pianist of Piano Jazz fame, heard Eden’s self-produced CD “Today” in 1993 and passed it on to Carl Jefferson, Concord Records president. He immediately signed Eden to a three-record deal. Eden is the youngest artist to have been signed to Concord. “Today” was re-released with the new title “No one ever tells you”, which is the title of a song Eden’s father wrote for Frank Sinatra. Four CDs were produced by Eden on the Concord label. Eden performed for millions of fans in Thailand, Hong Kong, and Singapore most recently. Eden performed some compositions by His Majesty the King of Thailand at the Bangkok Jazz Festival. For two months, Eden was in Shanghai performing at the Ritz-Carlton. Eden Atwood, edenatwood.com Eden currently resides in Missoula MT, where she teaches private vocal students and works with attachment disordered kids. She also tours. Marian McPartland has featured her on Piano Jazz. Starbucks Coffee, Eddie Bauer, and the Brooks Brothers all have Eden’s tracks on their compilation CD’s along with Billie Holiday and Sarah Vaughan. Jeff Snyder said in a Victory Review “It would seem that Eden Atwood is simply destined for stardom.” from http://montanakids.com