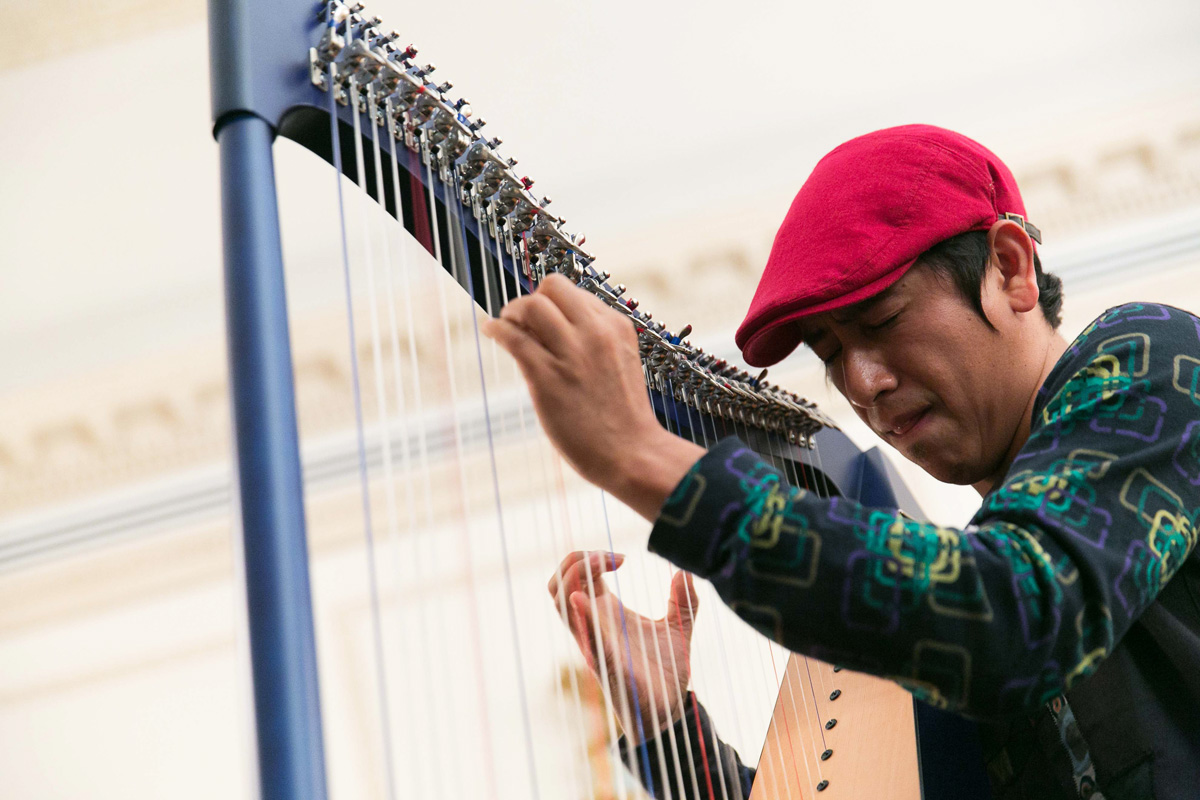 Edmar Castaneda was born in Bogota, Colombia in 1978. He sings original compositions and taps into the music of Colombia, Music of Venezuela, Joropo, and Music of Argentina and Zamba. He is the leader of the Edmar Castaneda Troupe, which includes Marshall Gilkes on trombone and David Silliman on drums/percussion. He is also a band member for the Andrea Tierra Quartet whose members are Andrea Tierra on vocals, Sam Sadigursky on flute/clarinet/saxophone, and David Silliman. Castaneda is the child of Pavelid Castaneda, a Colombian harpist, composer, singer and teacher. He has performed with Wynton Marsalis and Paquito D’Rivera as well as John Scofield, Joe Locke and John Patitucci. He released his solo album Cuarto De Colores in 2006 and his new album Entre Cuerdas was released by Wikipedia in June 2009.