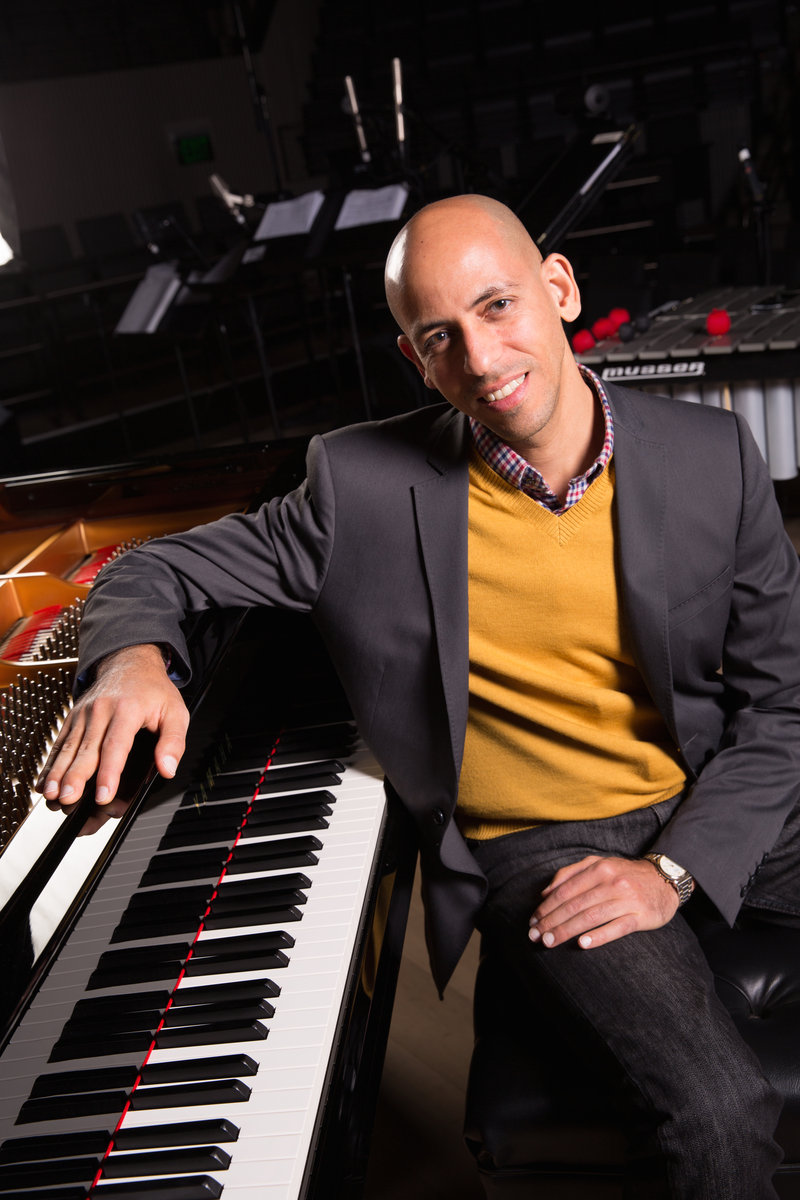 Edward Simon, a Venezuelan composer and jazz pianist, was born July 27, 1969 in Punta Cardon. Simon was raised in a musical family. His brothers Marlon Simon and Michael Simon are both well-known professional musicians. At the age of 15, his father sent him to the United States to study classical piano with Susan Starr at the University of the Arts. He continued this training with Harold Danko at the Manhattan School of Music in 1989. As a student, he played with Greg Osby and Kevin Eubanks. He played in New York City with artists such as Bobby Hutcherson and Paquito D’Rivera, Bobby Hutcherson and Jerry Gonzalez. From 1989 to 1994, he was part of Bobby Watson’s band Horizon. Since 2002, he is a member the Terence Blanchard group. In 1994, he recorded his first album as bandleader. He was also a finalist at the Thelonious Monk International Jazz Piano Competition that year. He then composed his Rumba Neurotica, which he performed with the Relache Ensemble the next year. Chamber Music America also commissioned his Venezuelan Suite. Simon has been a part of several Grammy-nominated jazz albums. Simon is also the leader of the Sexteto Venezuela, Infiniti Quartet, and Simon, Simon.