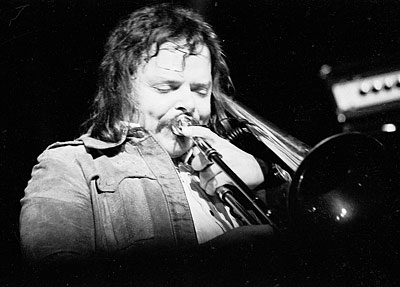 b. Eilert Ove Thelin, 9 September 1938, Jonkoping, Sweden, d. 18 May 1990. Thelin was one the most prominent trombone players to come out of Europe during the 1960s. He was a master of all styles of jazz and helped to create an identity for his groups. This also gave him the chance to play with famous visitors like George Russell. Thelin went to Austria, where he taught for five more years while also leading a group together with Joachim Kuhn. They both appeared on Eternal Rhythm from Don Cherry. Thelin returned to Sweden to continue to lead his own groups. He also received a government stipend to support his career as a leading musician. He died in 1990, in his 50s. Thelin will be remembered for being one of Europe’s most prominent trombonists in free and modal music. Allmusic