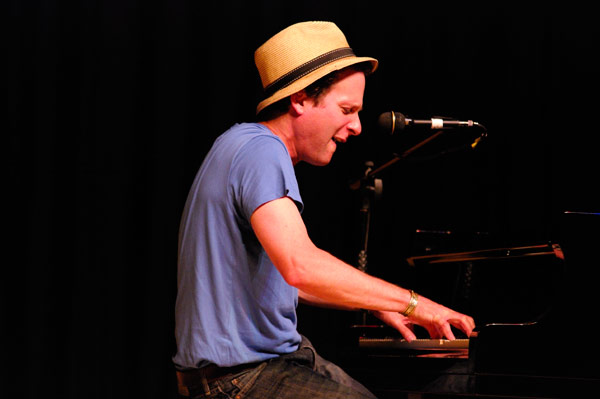 Eli Yamin is a jazz/blues pianist, composer and singer. He also produces and teaches. His joyous and imaginative piano playing has taken him all over the globe with his own bands as a cultural ambassador of the U.S. Department of State. He was raised in the jazz bands of Illinois Jacquet, Walter Perkins and Barry Harris. Yamin founded The Jazz Drama Program. This program provides interactive experiences in jazz arts, including music, drama, storytelling, theatre, dance, and visual arts. It lifts students, teachers, and their communities. Yamin’s songs, such as “A Healing Song” about the healing power and wisdom of blues, awaken an audience sense of humanity, love, and joy. Eli’s musicals are licensed by Theatrical Rights Worldwide and performed all over the globe. You can hear his CD’s on Sirius XM, Jazz 88 and WBGO in Newark. As a pianist, Eli Yamin is a Steinway artist who has performed with his quartet blues group as a cultural ambassador of the U.S. Department of State, in Russia, Mali and India, China. He has performed at many venues, including Jazz at Lincoln Center (New York City), The Lionel Hampton Jazz Festival(Moscow (Idaho), and The St. Petersburg Jazz Festival (Russia) in the last year. He has also performed at the Obama White House several times. His acclaimed CD, You Can’t Buy Swing by his quartet, is broadcast nationally on Sirius XM. Additionally, his Blues Band album, I Feel So Glad, which was released in 2011, continues to be a strong seller internationally. As a composer, Eli writes lyrics and melodies. He also wrote scores for films like Phil Bertelson’s Around the Time, and chamber music, Rickshaw in the Rain, for clarinet, violin, and piano. This was performed at Carnegie Hall in New York City. Clifford Carlson and Eli co-wrote five musicals about jazz for children. Message From Saturn is about blues, and Nora’s Ark is a jazz musical that retells the biblical story with swing, blues, and bebop. A CD of Holding the Torch for Liberty was released by him recently. It is a jazz musical about the culmination the women’s right to vote with the Jazz Drama Singers. Evan Christopher plays clarinet and Sara Caswell plays violin. Chris Washburne plays trombone. His quintet and Brooklyn Youth Chorus, a Grammy Award Winning group, are featured on the CD of Nora’s Ark. Both were produced by The Jazz Drama Program. Eli lives in New York City, with Lorraine and Manika. As an educator, Eli Yamin is the co-founder and artistic director of The Jazz Drama Program. This non-profit 501c3 organization empowers students, teachers, and communities with interactive experiences in jazz arts-storytelling and music, dance, theatre, and visual arts. Eli Yamin is the director of Jazz at Lincoln Center’s Middle School Jazz Academy. He also works as a training specialist and designs workshops for teachers, executives, and artists. Early Career: Eli was born 1968 in East Patchogue on Long Island. He grew up in a home full of music lovers. He was exposed to folk legends Elizabeth Cotten and Pete Seeger; Sinatra, Sinatra, and classics by Bach; blues by B. B. B. His first ten years of professional piano work was with young professionals like Illinois Jacquet and drummer Walter Perkins. Walter Perkins was Eli’s bandstand partner and he absorbed the blues in every molecule of Eli’s being. He learned how to play the blues to make people happy. Eli grew his understanding of swing, drama and how to be well-prepared while on the road with Illinois Jacquet’s Big Band in Europe. Eli also worked closely with director/choreographer Mercedes Ellington when, at 24, he served as musical director/pianist for the tenth anniversary tour of Duke Ellington’s Sophisticated Ladies. He was a radio announcer and producer for WBGO and met many other legends. http://eliyamin.com