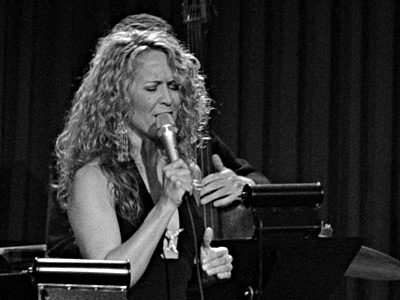 Ellen Johnson is a modern Renaissance woman who enjoys developing her talents as a singer, lyricist and songwriter, producer. She also enjoys acting, poetry, promotion, sound energy facilitator, entrepreneur, promoter and creative consultant. She has been devoted to music and the arts for forty years. This includes a career as a professional singer and actor, along with a video production and artist promotion business (Sound Visions Media), creativity/sound energy consulting workshops (Sound Creativity), and a recording label (Vocal Visions). Ellen’s mother was a pianist and singer, which gave her a strong foundation for her love of music. Chicago, Illinois is her birthplace. This was where she began her entrepreneurial journey into the creative arts. She was sixteen when she was selected to participate in the Northwestern University summer acting program. This inspired her to be an actor. After being told to learn some acting lessons, she started singing at the age of nineteen. “It was love at first sight when I began singing and it was clear that I wanted to pursue acting and singing as a profession.” She has sung in a variety styles, including pop, blues and jazz. My early influences included Betty Carter and Joni Mitchell. “I was never content listening to one type of music and I loved inventive singers.” Ellen continues to act as an active part her life, performing on stage, screen, TV, industrials, commercials, voice-overs, and webisodes. Ellen has recorded, performed and studied with many outstanding musicians, including Louie Bellson and Bobby McFerrin. She has performed at numerous prestigious venues both nationally and internationally. Described by Jazz Journal InternationalMagazine as “superior jazz singing by an artist of the highest quality,” Ellen has four solo jazz recording projects: Form