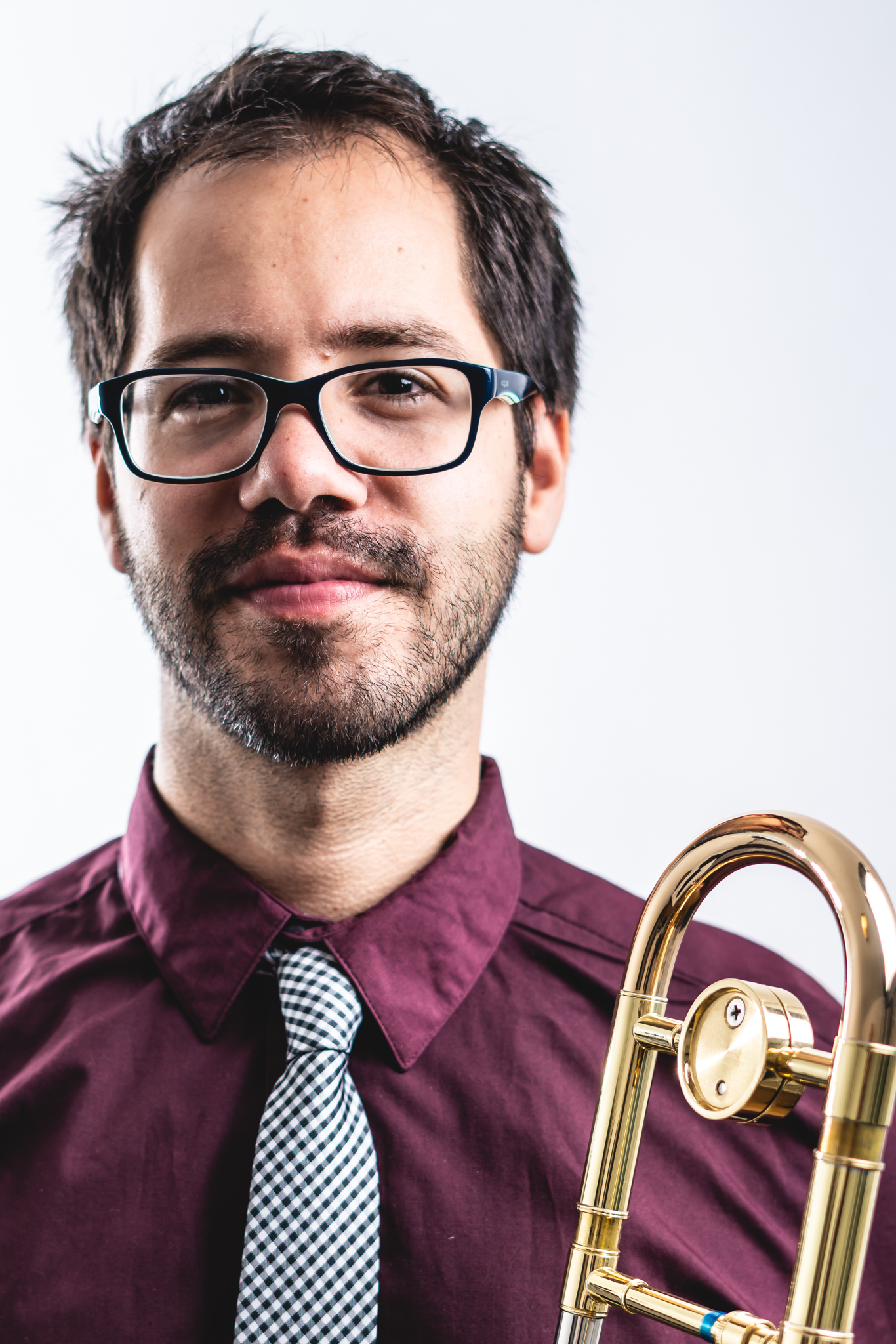 Emiliano Sampaio is a guitarist, trombonist and arranger. He currently resides in Graz (Austria). At the Universitat fur Musik und darstellende Kunst Graz, he studies Jazz Composition alongside Ed Partyka and Michael Abene. He was born in Sao Paulo, Brazil in 1984. He studied Popular Music at the University from Campinas. There he received a Bachelor’s and Master’s degrees with the research “The compositions for Nailor Proveta for Banda Mantiqueira”. During his time in Campinas, he formed a partnership with Luis Andre Gigante (Unicamp) and founded the group Meretrio. They have already recorded 5 albums together. The trio was renamed the nonet Mereneu Project in 2012, and won the 2014 “Downbeat Student Award” for the category “Best Small Jazz Combo”. The 3rd prize in Graz Jazz Comp was won by the trio with “Paris”, a big band composition. They also worked with Marco da Costa Organ Trio and HR Frankfurt Radio Big Band. Emiliano was also a guitarist and trombonist in Big Bands HGM Jazz Orchestra (KUG Jazz Orchestra), Graz Composers Orchestra and Rob Spelberg Jazz Orchestra. He also played in musicals like Emocoes Baratas and Witches of Eastwick, and Aida. from http://emilianosampaio.com