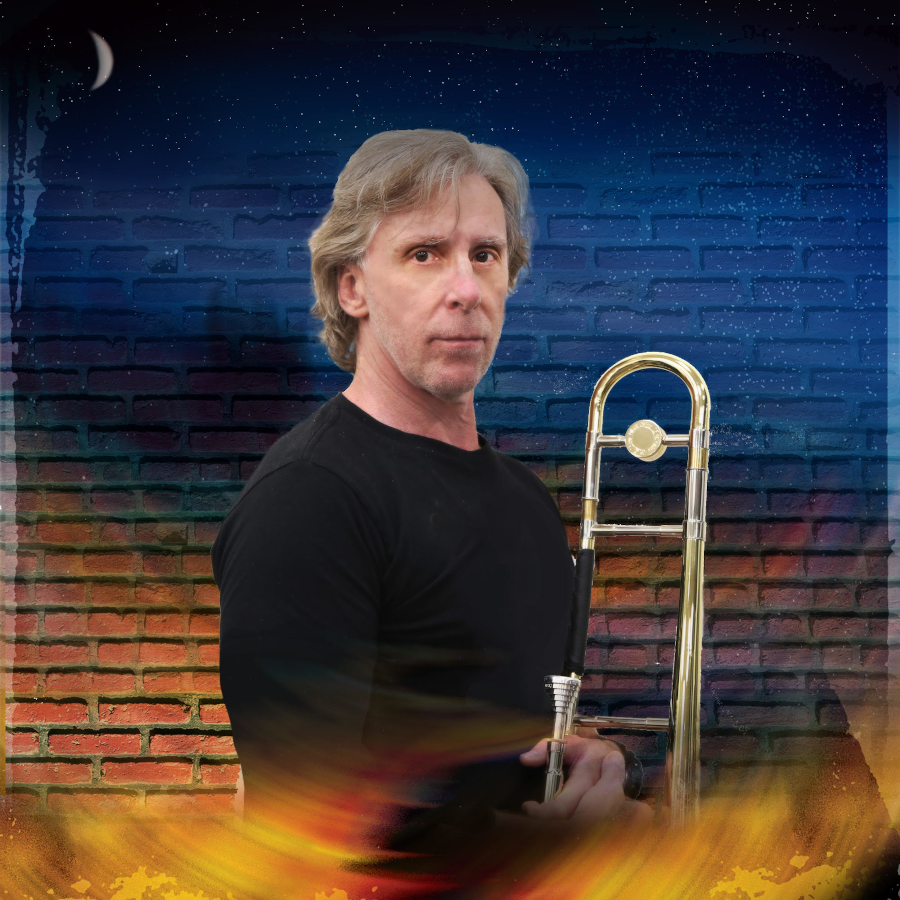 Eric Goletz was raised in a musical family with his father, a professional pianist and arranger. He discovered the Trombone when he was 14. He was a classical pianist, guitarist, and music theory student since the age of 6. The transition to trombone seemed very natural to him. He had already learned all the positions and partials in each position before ever owning a trombone. Goletz was already proficient in Theory and Keyboard, and soon began writing and arranging music for various music groups at school. Goletz was influenced by many music styles and became fascinated with Jazz fusion with other musical influences like Rock, Funk, Latin, and so on. Goletz began to envision composing music that incorporated different elements, with the trombone as the main instrument. Although there are many musicians and groups that use the trombone as the main instrument, Goletz’s vision was to incorporate the traditional sound of his Trombone into his unique musical setting. Goletz moved to New York and soon started composing and arranging music. He also composed and recorded music for various musical settings, including radio and TV commercials, albums for many singers and ensembles, soundtracks of independent films and soundtracks for independent films. He also performed and made a living as a freelance musician. Goletz kept the vision alive of leading a band that showcased the trombone and his original music. Goletz started to realize this vision in the 1990s and led a contemporary fusion band of original music and arrangements. He recorded the band several times at Nola Studios on 57th Street, where he spent many years honing his sound. He released a sampler CD that reflected the group’s sound. Jazziz magazine named him one of the top 10 jazz artists unsigned in 1999 after listening to his CD. A compilation CD was also released in which he included “Night Child”. Over the course of his 30-year-long career as a New York freelance musician Goletz has been constantly looking for ways to showcase his vision of the trombone as an original, contemporary, fusion-influenced ensemble. You now see the result of that vision. It was a vision that took a while to create and take time to nurture, but now it is a reality. http://jazzbeat.com