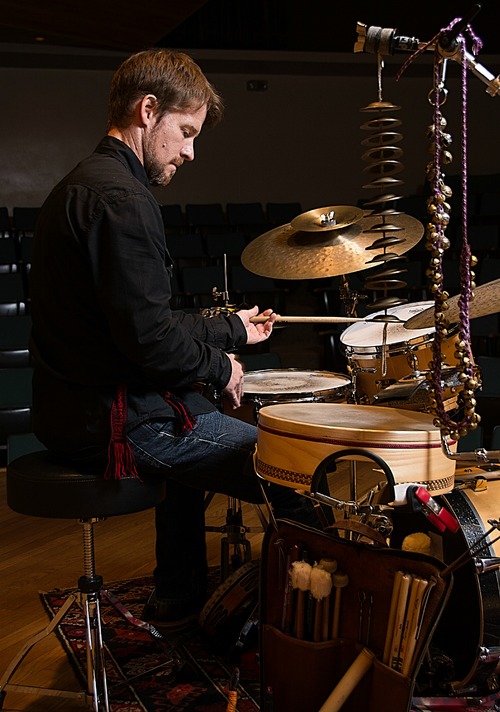 Eric Platz, a drummer and percussionist from Boston, Massachusetts, is an improviser, musician, and music educator. Eric has been an active member of New York City’s musical community for over ten years. He plays a variety of musical styles, including jazz, Americana and rock. He is currently a member Carrie Rodriguez, a Brooklyn-based singer-songwriter. He has toured extensively across North America and made TV and radio appearances throughout the US including Austin City Limits, which was broadcast internationally by PBS. Eric was also featured on Ms. Rodriguez’s 2009 critically acclaimed recording She Ain’t Me, (EMI/Blue Note). Eric is part of Asefa’s world music ensemble and has performed at the Brooklyn Academy of Music, the Blue Note and annually at the Sephardic Music Festival, New York City. Eric co-led two improvised music groups, FourMinusOne, Fat Little Bastard. They have both released two CDs and performed at various festivals, universities, and concert venues throughout the US. Both groups have been praised by the Boston Globe as well as Time Out-New York. Eric is a freelancer who has performed alongside Joe Lovano, Bill Frisell and Lucinda Williams, among others. Eric has been featured on more than 20 recordings. He is set to collaborate with Lee Townsend for a Fall 2009 project. Eric was an educator and has taught at Providence College, the University of Rhode Island and the University of Massachusetts Boston. He has also presented lectures, conducted clinics, and held performance workshops at various institutions in the US. Eric joined the faculty of the Brandon University School of Music as an Assistant Professor in Fall 2009. He currently teaches jazz pedagogy, applied drumset and jazz ensembles. Eric is a New England Conservatory graduate with a Master of Music in Jazz Performance. He studied with Danilo Perez, Bob Moses, Michael Cain and Paul Bley. Brown University also awarded him a ScB in Materials Science. Eric is an endorser artist for Vic Firth Drumsticks. http://www.brandonu.ca