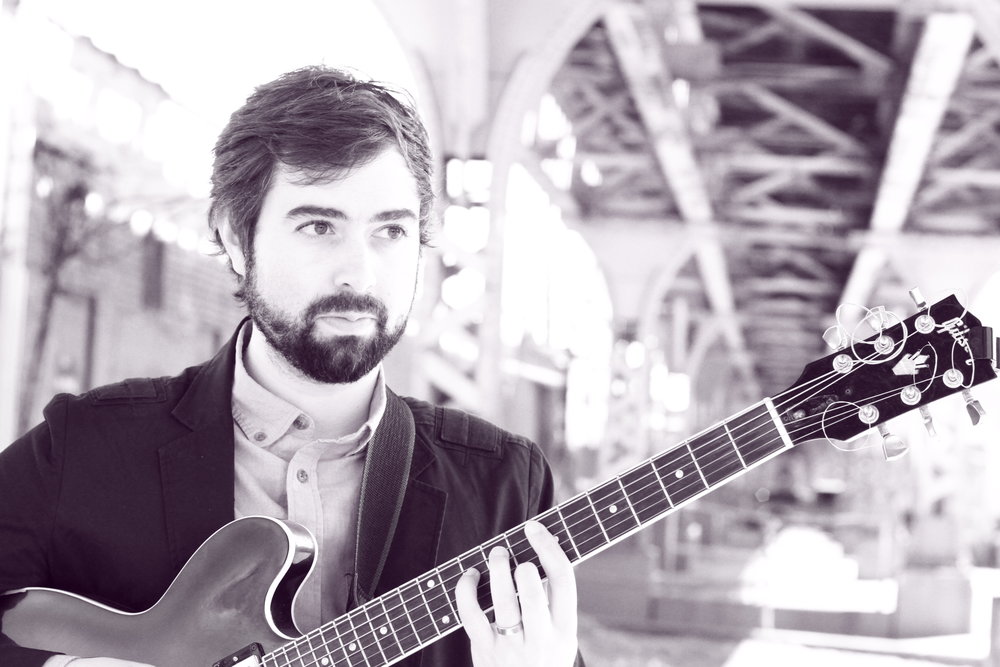 Erik Skov is a Chicago-based jazz guitarist, composer, and educator. Graduate of North Central College (BA Jazz Studies, minor Anthropology, 2011, and Northwestern University (M.M. Skov is a rising star in jazz guitar and has been a graduate of North Central College (BA in Jazz Studies, minor in Anthropology, 2011) and Northwestern University (M.M. Jazz Studies, 2015). Skov is a skilled performer on banjo and guitar. He has worked professionally with some of the most prominent musicians and composers in jazz and classical music, including Victor Goines and Ryan Kisor. Skov can often be seen performing with several Chicago-based ensembles, including Kitt Lyles Real Talk and Gustavo Cortinas Snapshot. BTQ, Roy McGrath Chi-Town Sounds. The EWA trio, Victor Bastidas DePasie Project, and BTQ. He has been a sideman or leader at the Green Mill and Room 43 in Millennium Park, Skokie Theater, Hemingway’s Bistro, Skokie Theater, Skokie Theater, Hemingway’s Bistro, and he also held a seven-year residency at Heaven on Seven, Naperville. Skov’s latest project, Liminality is a six-piece jazz ensemble featuring saxophonist Dustin Laurenzi and trumpeter Emily Kuhn as well as trombonist Euan Emonds, Kitt Lyles, drummer Gustavo Cortinas, and bassist Kittlyles. Liminality is an anthropological term that refers to the middle stages or rituals of a ritual. Participants have now left their old state and are beginning a transformational process that will bring them the desired rewards. Skov’s new album will celebrate music as the state or liminality. This is a long-term musical process that aims at connecting with and communicating with others. from www.erikskovguitar.com