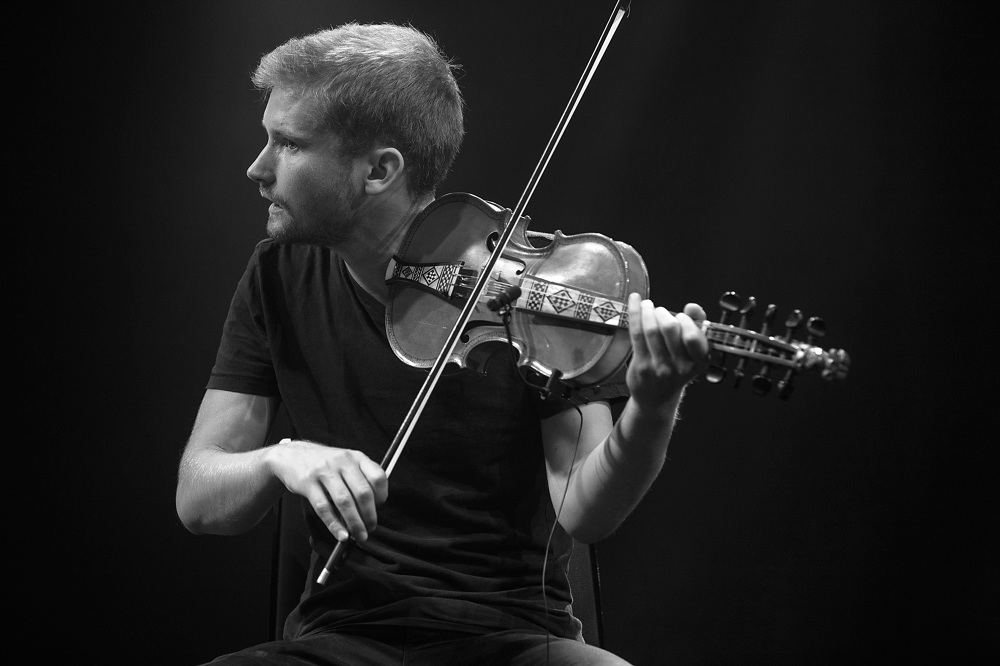 One of Norway’s most well-known Hardanger fiddle players is Erlend Apneseth. Apneseth is a traditional Norwegian Hardanger fiddle player. However, he has been a part of the modern / improvised music scene in recent years. His debut album Blikkspor (Grappa Musikkforlag), 2013, was praised by jazz, folk and contemporary music magazines. His second album, which featured Oyvind Hulbaekmo (Building Instrument), Jose Gonzalez, and Stephan Meidell (“Cakewalk”, Krachmacher), was released on Hubro’s Norwegian jazz/impro label Hubro in February 2016. It received rave reviews from national and international medias like MOJO and BBC Music Magazine. He also composed a commissioned piece for Forde International Folk Festival in 2016. It was performed by a quintet that included Ole Morten Vagan, Hans Hulbaekmo, Stein Urheim, Erik Rydvall, Nyckelharpa, and Apneseth. Later, the music was recorded and released on Heilo / Grappa in April 2017. He also released Erlend Apneseth’s second album, Ara», on Hubro in september 2017. He has also collaborated in a wide range of projects including musical ensembles of different genres, dance-groups and poets, as well as orchestras and film-productions. He has received numerous awards and his three latest albums have been nominated to Spellemannprisen in Norway, which is the Norwegian equivalent of a Grammy. http://erlendapneseth.com