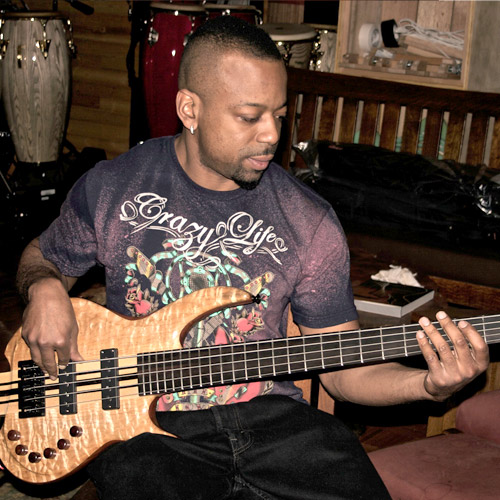 Ethan Farmer is a Chicago native and is a well-known bass player in today’s industry. He was born into a musical family and has a natural talent and ability. However, his passion for music and love of music is what makes him a bass phenom. His talent is impressive, but his charisma and authenticity are what have propelled him to the top. He has had the opportunity to perform and work with many artists around the globe. Ethan was exposed to music at an early age. He first picked up his father’s guitar at five years old and then received his own instrument at six years. His family, which had a well-known gospel band, was his first musical influence. He always credits them with being “some of the greatest musicians I know”. He was eight years old when he joined the family group The Amazing Farmer Singers. This marked the beginning of a long-lasting love for music and pursuit. Ethan was an advanced teenager who had already toured the United States with his family group and made a name for himself in Chicago churches. He began to feel more at home and became interested in exploring other music genres. This is when he was drawn to R