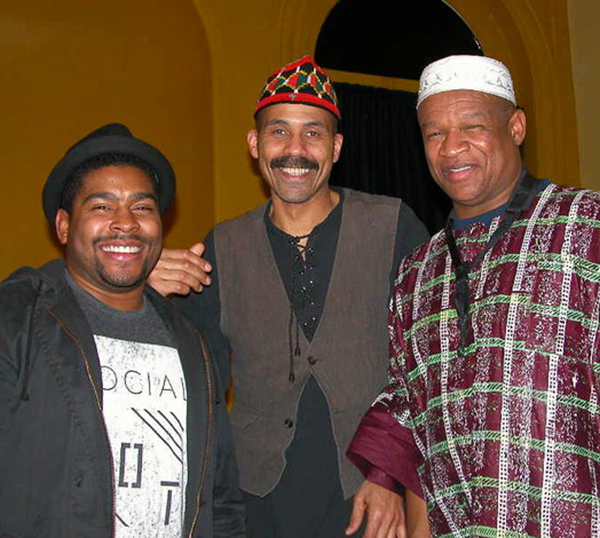 After Kahil Elzabar, percussionist, graduated from the Association for the Advancement of Creative Musicians’ 1976 school, the Ethnic Heritage Ensemble was founded. Edward Wilkerson, Jr., a tenor saxophonist, joined him to create music that blended contemporary African-American musical styles with traditional African instruments and rhythms. In the first few years, the duo would grow into a trio, with musicians such as Light Henry Huff and Kalaparusha Marice McIntyre. They gained a reputation for their international touring, both in Europe and in America. They added Joseph Bowie, a trombonist and conga player, to their group Defunkt in 1988. The trio proved to be both successful and long-lasting, with recordings on several European record labels. Their 1993 recording, Dance with the Ancestors (recorded for Chameleon Records), was their first on an American label. Wilkerson was replaced in 1997 by Ernest “Khabeer” Dawkins. He was the first to be featured on Freedom Jazz Dance’s 1999 recording. The Delmark label released the album. It featured Fareed Haque (Chicago jazz legend) and continued Ensemble’s tradition in music with an ancestral spirit and a modern sensibility. The group was on a North American tour in February 2002 to celebrate their 25th anniversary. Bowie’s place was filled by Corey Wilkes, a young trumpeter, when they recorded Live At the Ascension Loft in 2006. This album was released in 2007.