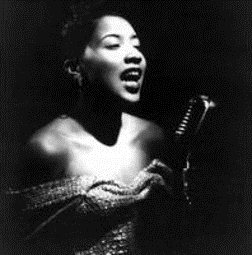 Etta Jones, born November 25, 1928 and died October 16, 2001 in New York City. She was an American jazz singer who achieved critical success but was not a mainstream star. Her elegant interpretations of blues, ballads and standards are what make her stand out. Sometimes her distinctive inflections have led to comparisons with Ella Fitzgerald and Billie Holiday’s stylistic devices. Jones’ debut album, Don’t Go To Strangers ( 1960), has been admired by a new generation. Three Grammy nominations were given to Jones for her Don’t Go to Strangers album in 1960, Save Your Love For Me 1981 and My Buddy 1999. Jones was in a musical partnership for more than 30 years with Houston Person, tenor saxist. Houston Person received equal billing. He was also her manager and producer. Jones was born in Aiken in South Carolina and raised in Harlem. At 72, she died from cancer. John Medlock, her husband, survived. She also had a granddaughter. Text contributed by users is available under Creative Commons By–SA License. It may also be available under GNU FDL.