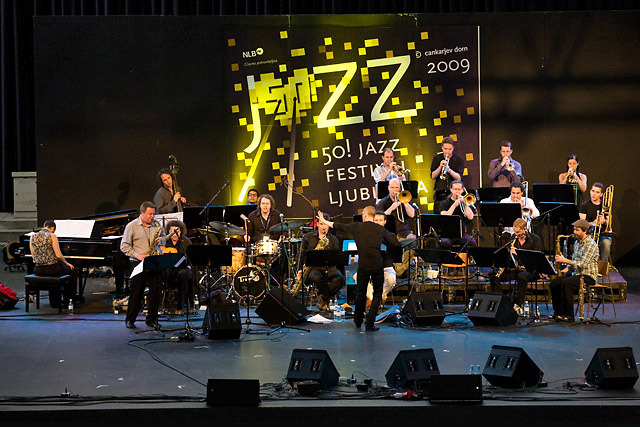 In 2007, the German music council created the European Movement Jazz Orchestra with the goal of serving as the cultural ambassador for Germany, Portugal, and Slovenia during their presidency of European council. The original idea of bringing together young musicians from these countries into a big band was a great starting point for a unique project that has had three European tours and three different guest conductors. This unique ensemble sound is their own. Each member of the orchestra, all outstanding young musicians in Europe’s jazz scene, helps to create a harmonious blend of the musical traditions from their respective homelands. The European Movement Jazz Orchestra’s unique sound is a result of its artistic diversity and unifying idea of presenting contemporary European jazz music at a high standard. The ensemble is not only distinguished by the exceptional soloists, but also because of its lively collective big band sound. It is evident that modern European jazz has a lot of potential and diversity. Band members and internationally renowned composers regularly add new compositions to the orchestra. This Orchestra combines elements that seem at first glance to be incompatible, such as Portuguese poetry, Slovenian poetry, and German Blasmusik (marching music), in a fascinating European mix that draws on both traditional and contemporary sources but never loses its musical unity. The European Movement Jazz Orchestra was originally intended to be a single-off project. However, it has become a unique entity with a distinctive voice and an international spirit that has made it a true treasure of the European jazz scene. from http://emjorchestra.wordpress.com