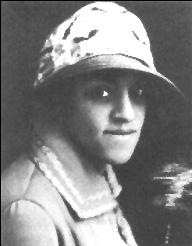 Eva Taylor, a blues singer, was a pioneering African American singer in the first half of the 20th century. Her talent was broadcast on radio programs at the time, and she managed her own program for NBC in the ’20s. In 1922, she began recording for Black Swan, then for Okeh and Bluebird. Her music included blues, jazz, and popular music. Black Swan christened her the Dixie Nightingale. She was born in St. Louis in 1895, and started touring with revues when she was three years old. Her vaudeville career took her around the globe, stopping in Australia, New Zealand, and Europe. By 1920, she settled in New York. She became a Harlem nightclub performer. Clarence Williams was a pianist and producer who she married within a year. They worked together in radio, recordings, and the revue Bottomland. They recorded together until 1930. They left a legacy of songs as the Blue Five, which featured Sidney Bechet, a jazz clarinetist and saxophonist, and Louis Armstrong, a trumpet virtuoso. Taylor quit performing in the ’40s but returned to the stage in the mid-’60s after her husband’s passing. Taylor’s grandchild Clarence Williams III is an actor who appeared on television in Mod Squad in the late ’60s as well as the films Tales From the Hood (1995) and The General’s Daughter (1999). from allmusic