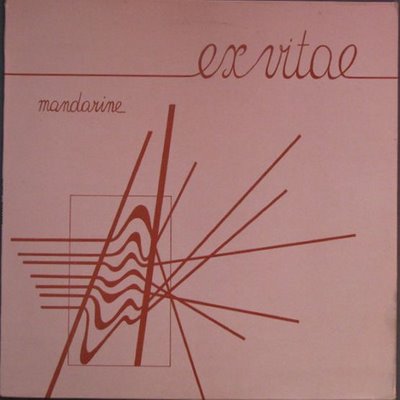 Exvitae, a fusion group, were an instant hit. Their 1978 album was their first and featured lots of keyboards, guitar, and sax. Mandarine is four pieces of instrumental music with a jazzy feel. They also have lots of rhythmic changes, evolving thematic structures and rhythmic variations that sometimes keep it from the usual vamp and solos that many albums like this are known for. A rhythmic foundation is supported by jazz drumming that has a fast, riffing style similar to those of Furio Chirico and Billy Cobham. Sometimes, the music can move into more free realms like in “Saxophone”, where cacophony and saxophone meet explosively, much like John Coltrane’s later years. These two pieces have a more relaxed, understated jazziness. “Gavarnie” features a great bass, while the title track includes some flute and strings. This is a great jazzy rock album. It is sure to please fans of fusion, Canterbury and jazzy saxophone playing. from http://gnosis2000.net