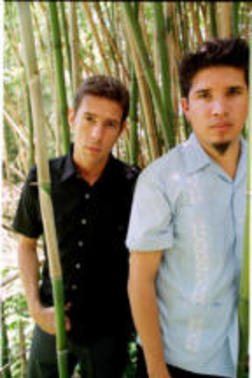 Eric Hilton, cofounder of Exodus’ legendary DC Acid Jazz party Exodus, formed this band in 1991. Eric wanted to capture the legendary club’s atmosphere on tape. Eric Hilton produced, wrote and played most of the songs on the 1996 album “Way Out There”. Eric Hilton and Rob Garza met later at Eighteenth Street Lounge, May 1995. A mutual friend introduced them and they began to talk about their mutual admiration of Antonio Carlos Jobim’s work and the 60’s bossa music. They began working on the music that would launch Thievery Corporation a few weeks later in a home studio. Text contributed by users is available under Creative Commons By–SA License. It may also be available under GNU FDL.