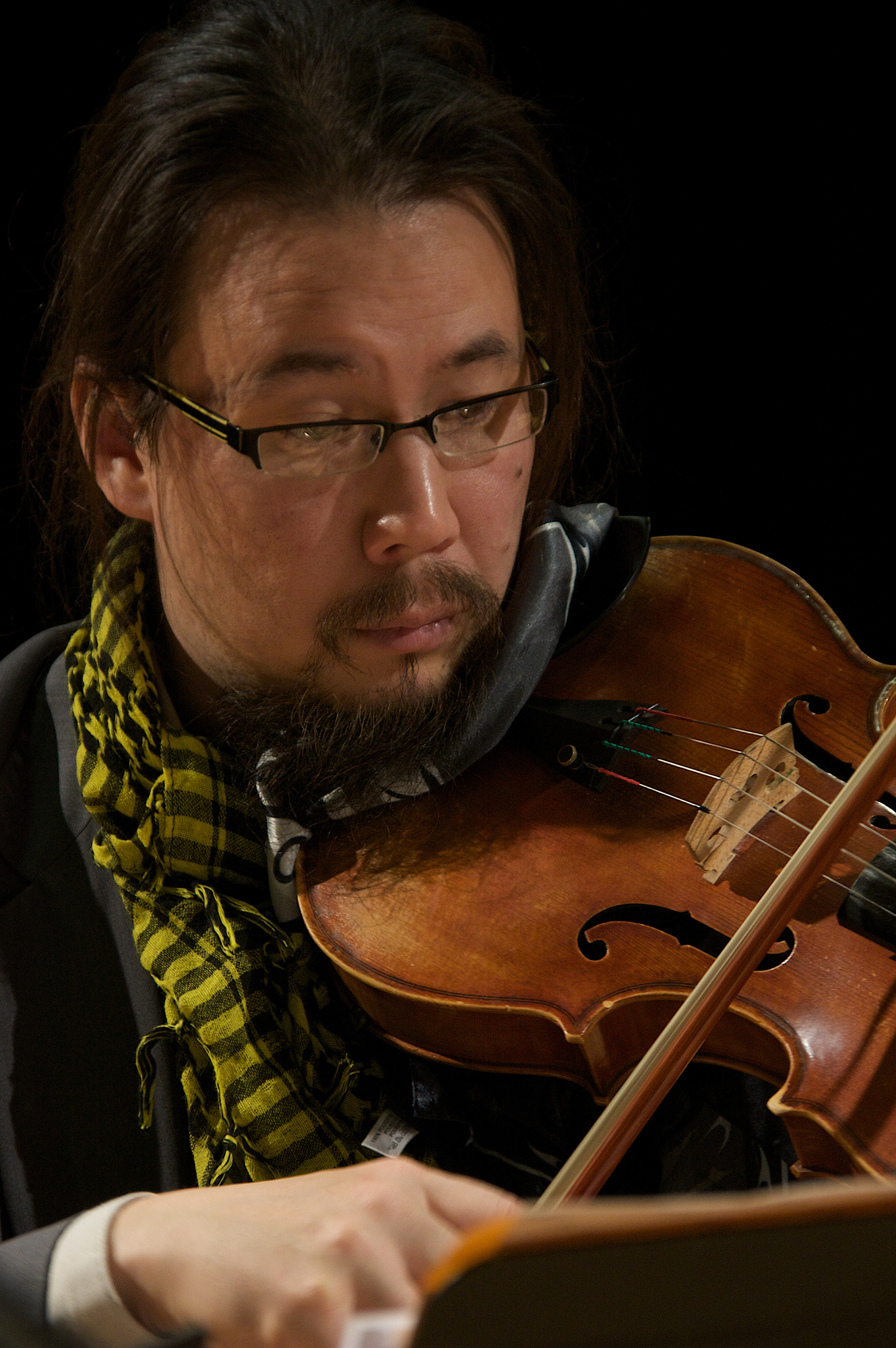 Eyvind Kang, a violinist, is originally from Seattle. He studied music at Cornish College for the Arts and also studied with Michael White. Kang was awarded an Artist Support Program grant by the Jack Straw Foundation in 1994. He used the grant to record seven of his musical compositions, “NADEs”. Seven NADEs was Kang’s first recording. It was released by Tzadik in 1996. Two years later, Theater of Mineral Nades followed. Kang uses structures that are similar to classical music and conventions that are similar to jazz. He draws inspiration from both traditional and popular styles. Kang is a composer and performer of his own music, as well as occasionally playing the tuba. Kang also played in Bill Frisell’s quartet with John Zorn and the Sun City Girls and Wayne Horvitz’s 4 1 Ensemble. Canadian label Spool released Pieces of Time in 1999. It featured clarinetist Francois Hole and drummer Dylan VanDerSchyff. Allmusic