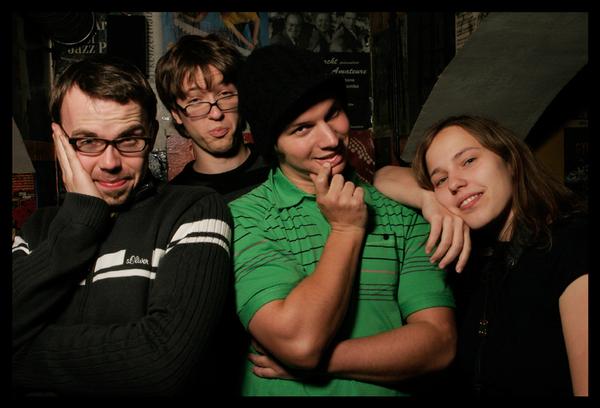 The four FALB FICTION musicians have merged into one throbbing unit over the past six years, creating room for open-minded improvisation. The soloist can take up new ideas immediately, they are developed further, the soloist is supported and accompanied with diligence, and the tension creates joint outbursts. FALB FICTION had Martin Eberle, a trumpet player, as a special guest for their new CD. FALB FICTION was established in 2004 and their first CD was released in 2005 by Jazz Werkstatt Records. It is called FALB FICTION – “waiting for” (JWR03/05). The band won the EUROPEAN JAZZ NEAREST Award in Czech Republic in 2006. This CD was a huge success. Two years after their debut CD “waiting for”, musicians reunited to record the second CD, FALB FICTION, in March 2008. This is the “lost control” version of the album. Viola Falb, the saxophon player and bandleader, is responsible for the compositional work. Her compositions are varied and complex, with more room for improvisation and a mix of different stylistics. from http://www.zamarin.at