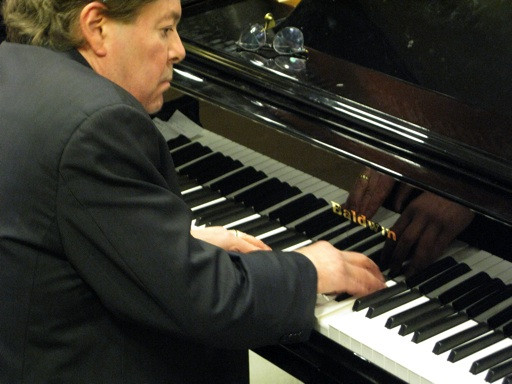 Oklahoma native Falkner Evans is a pianist. He was inspired to be a musician by his childhood experience listening to a Beatles album. In fifth grade, Evans began to play the drums. The Mustangs was formed the following year. It opened Conway Twitty’s show. Evans began playing the piano in the tenth grade and started the Spring River Band to play rock music in the style of Bob Dylan and The Band. After high school, Evans joined Friends in Tulsa. OK. He then started his own professional band, the Edge Band. It later changed its name and became Essence, which was a jazz group. Evans was invited to join Asleep at the Wheel in the 1980s. He spent four years there, and appeared on their album Asleep at the Wheel. He left the band in 1985 and moved to New York where he was a jazz pianist. With Cecil McBee as bassist and Matt Wilson as drummers, he formed the Falkner Evans Trio. In May 2000, the band recorded Level Playing Field. It was released by Metropolitan Records in July 2002. Climbing the Gates was their second album and was released by CAP Records in 2006. from http://www.allmusic.com