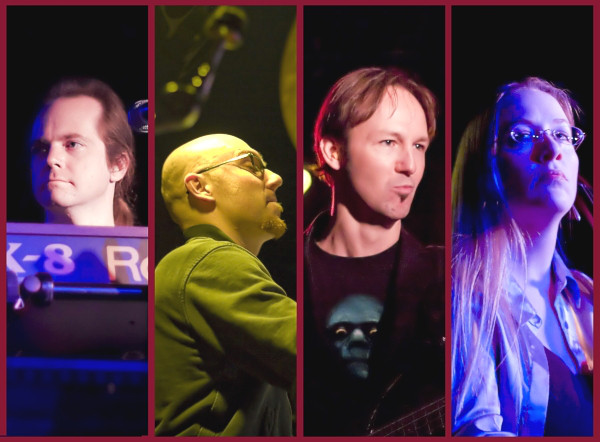 FAR CORNER was founded in 2003. The quartet, which includes keyboards, cello and bass, is based in Wisconsin. It combines contemporary chamber music with rock and a little bit of jazz. FAR CORNER’s repertoire includes both fully improvised and composed pieces. The traditional limitations of each instrument are often stretched, blurring genre roles. While cello might play “Heavy Metal”, electric bass may be more suited to classical music. Each instrument has been treated with equal importance, allowing for each player to shine, while still keeping the music compositionally focused. The ensemble uses four primary instruments. Each member also has a secondary instrument, such as a trumpet, sitar, melodyca, and violin. The group has performed in Milwaukee, as well as at progressive rock festivals like Progday (NC) and Orion Sound Studios Progressive Rock Showcase, Baltimore, MD. Each show features new material, including free-form improvisations as well as composed works. FAR CORNER’s self-titled debut CD was released in September 2004. It received high praise from critics all over the globe. Endangered, the second album by Far Corner, will be released in January 2007. The group includes Dan Maske, an internationally-recognized composer and award-winning bass player William Kopecky. Angela Schmidt, a string master, and Craig Walkner, the lord of all things rhythm. FAR CORNER’s members combine classical training with years of experience in performing rock, jazz, classical, and other idioms around the globe. From www.far-corner.com