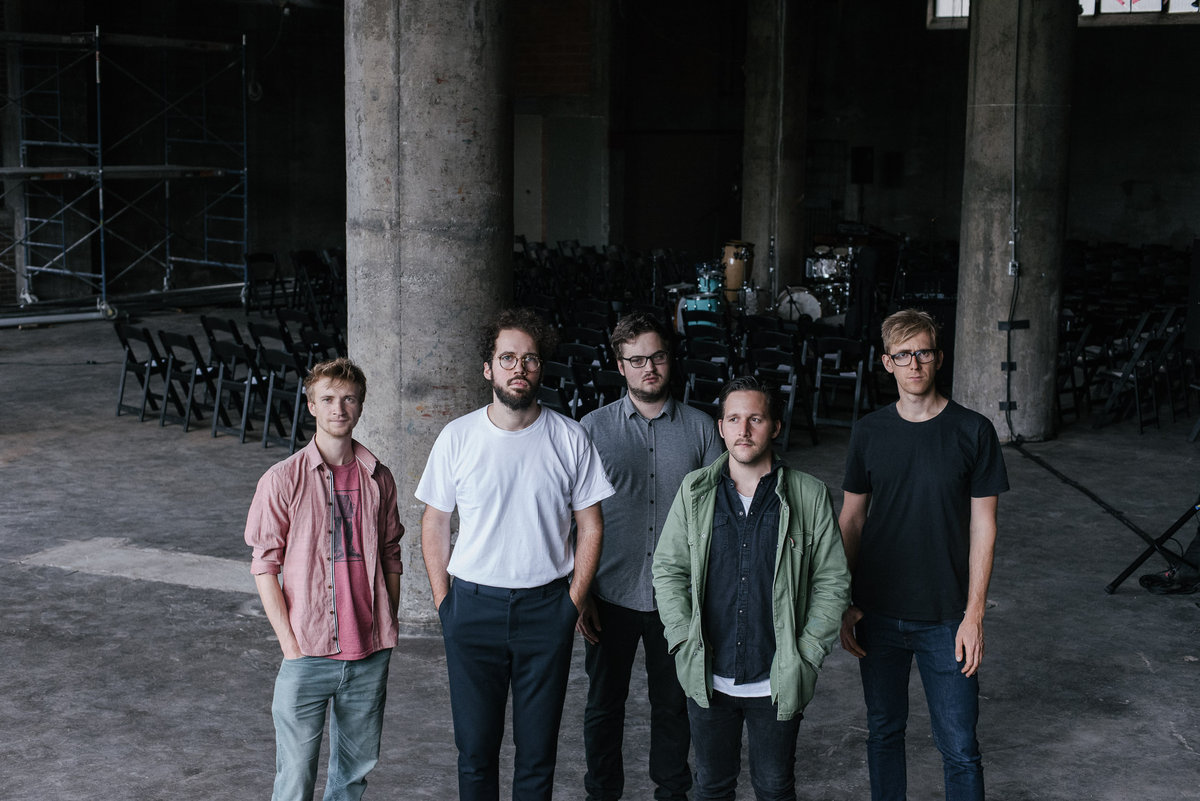 Fazer is Martin Brugger, aka Occupanther, bassist and producer, and Matthias Lindermayr (trumpeter), guitarist Paul Brandle and Simon Popp (both drums), who met at the Academy for Music and Performing Arts (Munich). Their distinctive sound draws on a variety of influences, including west-african polyrhythms and classical indian music, as well as dub-techno or post-rock. The young musicians hail from Munich, a city that is home to many jazz labels such as ACT, ECM and enja. They want to forge their own paths by challenging genre boundaries, while keeping the tension and spontaneity of improvised music. This unusual instrumentation is not arbitrary. Two drummers can create complex rhythmic patterns, while the absence of a piano/keyboardist leaves plenty of space for the musicians to fill. Brandle and Lindermayr blend with virtuosity in soloing and comping, backed up by Brugger, who plays modestly and with the most basic harmonic determination. Fazer have now released their debut album, “Mara”, to the public. The record was recorded over 9 months and is a reflection of the musical journey the band underwent during this time. Woody and Asante were the first songs to be recorded. They both draw the listener into their mesmerizing rhythms that are powerful yet evocative. The band began to embrace song-like structures by the start of summer 2017. This was evident on tracks such as Glow, Glow and the titletrack Mara. It is a significant turning point in the evolution. This diverse record features a variety of emotions and takes you on an exciting journey into the sound world this group is creating. from www.fazerfazerfazer.de