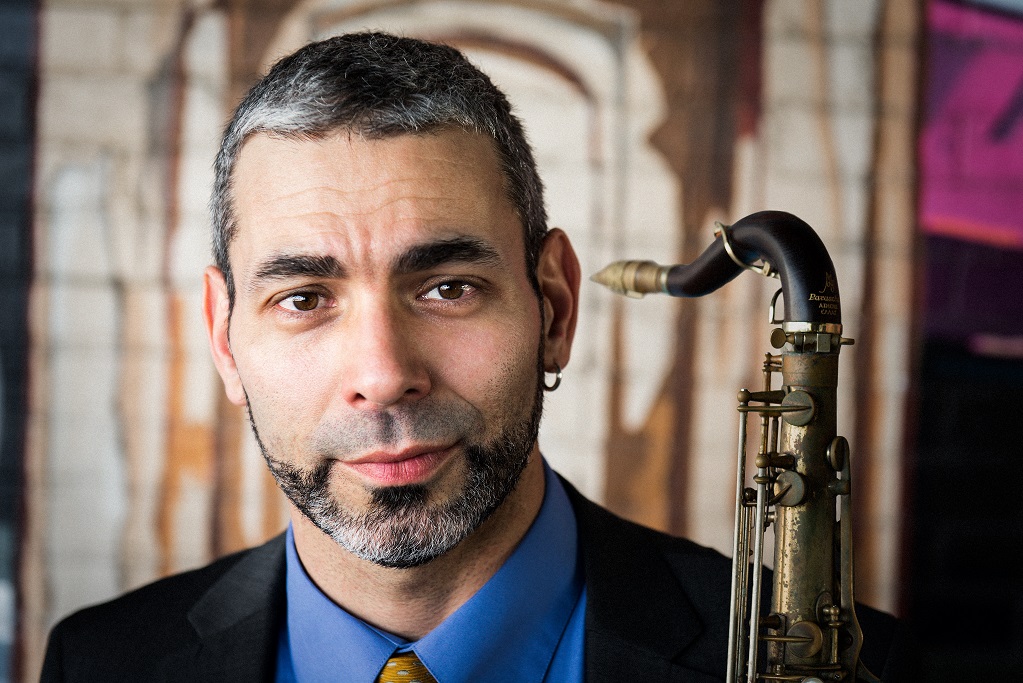 Felipe Salles, a native of Brazil, is now an Assistant Professor of Jazz and African-American music Studies at the University of Massachusetts Amherst. He has been an active musician in the US ever since 1995. Felipe Salles was a 2009-2010 recipient of the French American Jazz Exchange Grant, and Chamber Music America. He is also a 2005-2006 recipient of the Chamber Music America New Works Creation and Presentation Grant Program. Both projects were sponsored by The Doris Duke Charitable Foundation. With his composition “The Return of The Chromo Sapiens”, he was awarded First Place in 2001’s Concurso de SGAEde Jazz “TETE MOLINU”. Felipe Salles is a composer/arranger and has had arrangements and compositions performed at The Metropole Orchestra (Westchester Jazz Orchestra), Cayuga Chamber Orchestra (Hilly Philharmonic Violas), Meta4 String Quartet and University of Massachusetts Amherst Jazz Orchestra. Felipe Salles’ fifth album, “Departure”, was released on the Capri/Tapestry Label. It received rave reviews. Downbeat Magazine’s five-star review of Felipe’s music, “Departure”, says that Felipe “crafts pieces that juggle intriguing complexity and buoyant rhythms, lush colors” and that “his success in translating that approach into a smaller, more agile small band without losing any richness or diversity.” Lionel Loueke, a jazz guitarist extraordinaire, said that “Ugandan Suite” is “one of the most progressive works I have ever heard.” It is a wonderful blend of jazz, African and classical music. The arrangements and compositions are excellent and sound natural. This music should be heard by as many people as possible.” Dr. Salles has been a D’Addario Woodwinds Select Remedies Artist/Clinician, and an Andreas Eastman Saxophones artist/clinician. He is currently a member the New World Jazz Composers Octet. Kyle Saulnier’s Awakening Orchestra. Alex Alvear’s Mango Blue. Gonzalo Grau’s (Grammy Nominated), La Clave Secreta. from http://www.sallesjazz.com