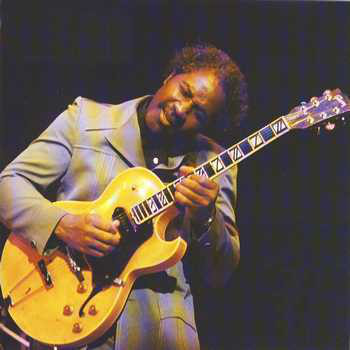 American blues guitarist and singer, Robinson was born September 23, 1935 in Minter City, Mississippi. He died November 25, 1997, in Rockford, Illinois. Robinson recorded his first Meteor recording in Memphis, Tennessee in 1957. He then recorded for Duke in Houston (Texas) in 1958-1959 and moved to Chicago in early 1960s. He also recorded with Rosco Gordon and Junior Wells. From discogs Japanese fans reverently called Fenton Robinson “the Mellow Blues genius” for his smooth vocals and jazz-inflected playing. Robinson is a tireless innovator who strives to create something new and vital every time he passes a bandstand. He was a soft-spoken Mississippian who started his career in Memphis where he had moved from Mississippi at the age of 16. Rosco Gordon first used Fenton on a 1956 session with Duke, which produced “Keep on Doggin’.” Fenton’s debut as a leader on the Meteor label of Bihari Brothers was in 1956. He read “Tennessee Woman” for the first time. Charles McGowan, his mentor, was a member of Fenton’s band, The Dukes. T-Bone Walker, and B.B. Robinson was influenced by King and T-Bone Walker. In 1957, Fenton teamed up with Larry Davis, bassist at the Flamingo club in Little Rock. Bobby Bland met the pair and recommended them to Don Robey, prexy at Duke Records. Both Robinson and Robey waxed for Duke in 1958. Robinson played on Davis’ “Texas Flood”, while Robey made his own with “Mississippi Steamboat.” Robinson recorded the original version of the Peppermint Harris-penned slow-blues “As the Years Passing By” in 1959 for Duke with New Orleans prodigy James Booker as his piano. On the same day, a wonderful “Tennessee Woman”, and a brilliant blues ballad called “You’ve Gotta Pass This Way Again” were also recorded. Fenton arrived in Chicago in 1962 to play Southside clubs alongside Junior Wells, Sonny Boy Williamson and Otis Rush. He also wrote the swinging “Say You’re Lovin'” for USA in 1996. His slow blues masterpiece “Somebody (Loan me a Dime),” which he recorded in 1967 for Palos, was what secured his blues immortality. Boz Scaggs loved it so much, he recorded it as his 1969 debut album. He claimed that he also wrote the song at first. There was much litigation. It’s safe for us to say that John Richbourg’s Sound Stage 7/Seventy 7 labels didn’t have any clue what Fenton Robinson was singing about. His 1970 Nashville waxings were a disaster. He was not even allowed to play his guitar at the majority of the rock-slanted, unsubtle sides. His musical outlook was becoming steadily more jazzy than rockier. Robinson did much better at his next major stop, Chicago’s Alligator Records. His 1974 album, Somebody Loan Me A Dime, remains the definitive highlight of his career. It features his rich vocals and his free-spirited, understated playing in front of a rock-solid, horn-driven band. In comparison, 1977’s I Hear Some Blues downstairs was disappointing, despite its catchy title track and T-Bone tribute “Tell me What’s the Reason.” In 1984, Alligator released Nightflight, a more challenging set, and then pulled the guitarist off the record. Evidence Music reissued his 1989 album, Special Road. It was originally released on the Dutch Black Magic logo. Robinson, 62 years old, died on November 25, 1997 from complications of brain cancer. All music