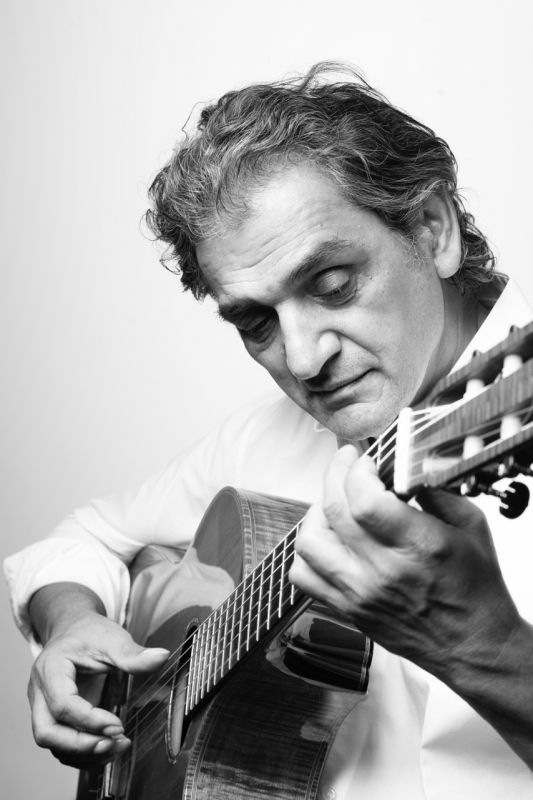 Ferenc Snetberger was the son of a Gypsy family from Hungary, and was born in 1957. His father, a gifted guitarist, introduced him to music at an early age. Ferenc Snetberger began studying classical guitar in a music school at the age of 13. He won numerous awards and participated in many classical competitions while attending the school. Snetberger was not only required to attend school and compete in competitions. He also took up jobs at bars and special events, where he could try different musical styles and earn money. Snetberger moved from Germany to Berlin in 1987. Snetberger was inspired by jazz musicians like Jim Hall or Wes Montgomery and decided to study jazz guitar at the Budapest Conservatory. Snetberger never forgot his Gypsy and classical roots, which he uses to create a beautiful jazz performance. Snetberger’s debut album, Signature, was released under the ENJA Records label in 1994. It was followed within a few years by album number 2, The Budapest Concert. It received positive reviews, with tracks like “Tangoa Free”, “Springtime In Winter,” and “Brazil”. Snetberger teamed up with Charlie Byrd, a samba player from the United States, and Laurindo Almeida, a Brazilian guitarist to record his next album. In 1997, Obsession was released. It features jazz- and bossa-oriented tracks like “I Remember” or “Wanton Spirit.” Snetberger has worked over the years with Kruno, David Friedman and Martin Gjakonovski as well as Elemer Balazs and many other artists. Allmusic