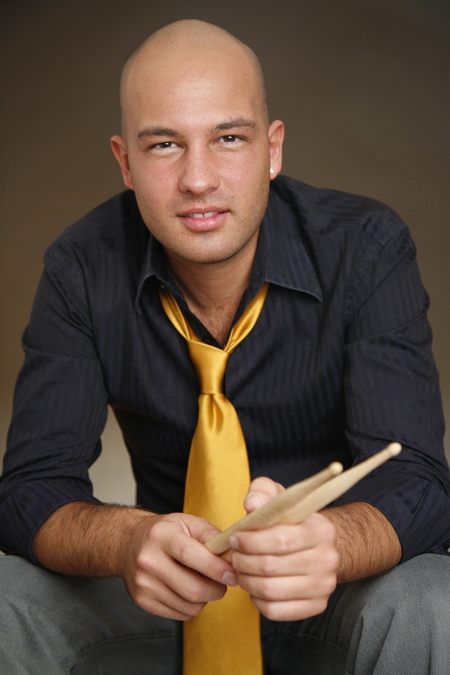 Ferit Odman (1982), a jazz drummer on-demand based in Istanbul, is Ferit Odman (1982). As an AFS student (1999), he began his music studies in Sweden and was awarded a full scholarship to complete his B.A. He studied Music at Istanbul Bilgi University in 2001, attended the School For Improvisation workshops at NYC (2004) and was awarded a Fulbright scholarship to continue his studies at William Paterson University (2006). He was a jazz musician and spent two years in NYC. He studied with great jazz musicians like Mulgrew Miller and Harold Mabern. He holds a Master of Music degree in Jazz Performance. At a young age, he was deeply involved in the Turkish jazz scene. He recently performed and toured with Kerem Gorsev, a Turkish pianist, while also leading his own band and promoting “Nommo”, his CD that he recorded in New York, with Vincent Herring and Brian Lynch and Burak Bedikyan. http://www.feritodman.com