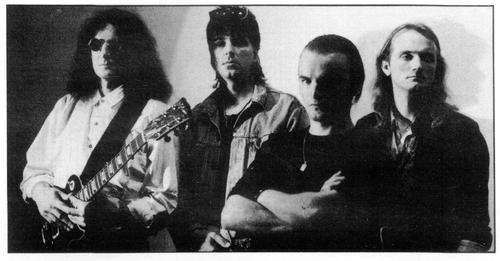 Fermata, a Slovakian instrumental jazzrock band, is legendary. It was founded by Frantisek Grigak, the lead guitarist and only member who is still a stable member. He was also a former member of Prudy Musicum and Collegium Musicum. Opus released the self-titled first album in 1975. They sounded amazing and delivered their vision of hard music for unprepared listeners. The second album, “Piesen z hol”, was released a year later. Peter Szapu was fired and replaced by Cyril Zelenak. The sound took on a lot of colour. It was possible to use harmonic melodies that are common in slovak folklore. The third afford, “Huascaran”, contains a 4-piece rock suit that was inspired by a tragic tale about a czechoslovak climbing expedition to Peru. The album was released in 1977 and featured new members, Ladislav Lucenic (bass) and Karol Olah(drums). Another lineup change took place after “Huascaran”. Fedor Freso, a new bass player, joined the band. He is a rock veteran, best known for his work in Soulmen, Prudy and Collegium Musicum or as a member of Modry Efekt (also called Blue Effect). The band recorded three great albums with this lineup: Dunajska legenda, Biela Planeta (both 1980), Generation (1981). Griglak’s simple, tuney and instrumentalistic writing style, along with Berky’s artistic approach, are superbly complemented by Freso/Olah rhythm tandem. http://www.last.fm