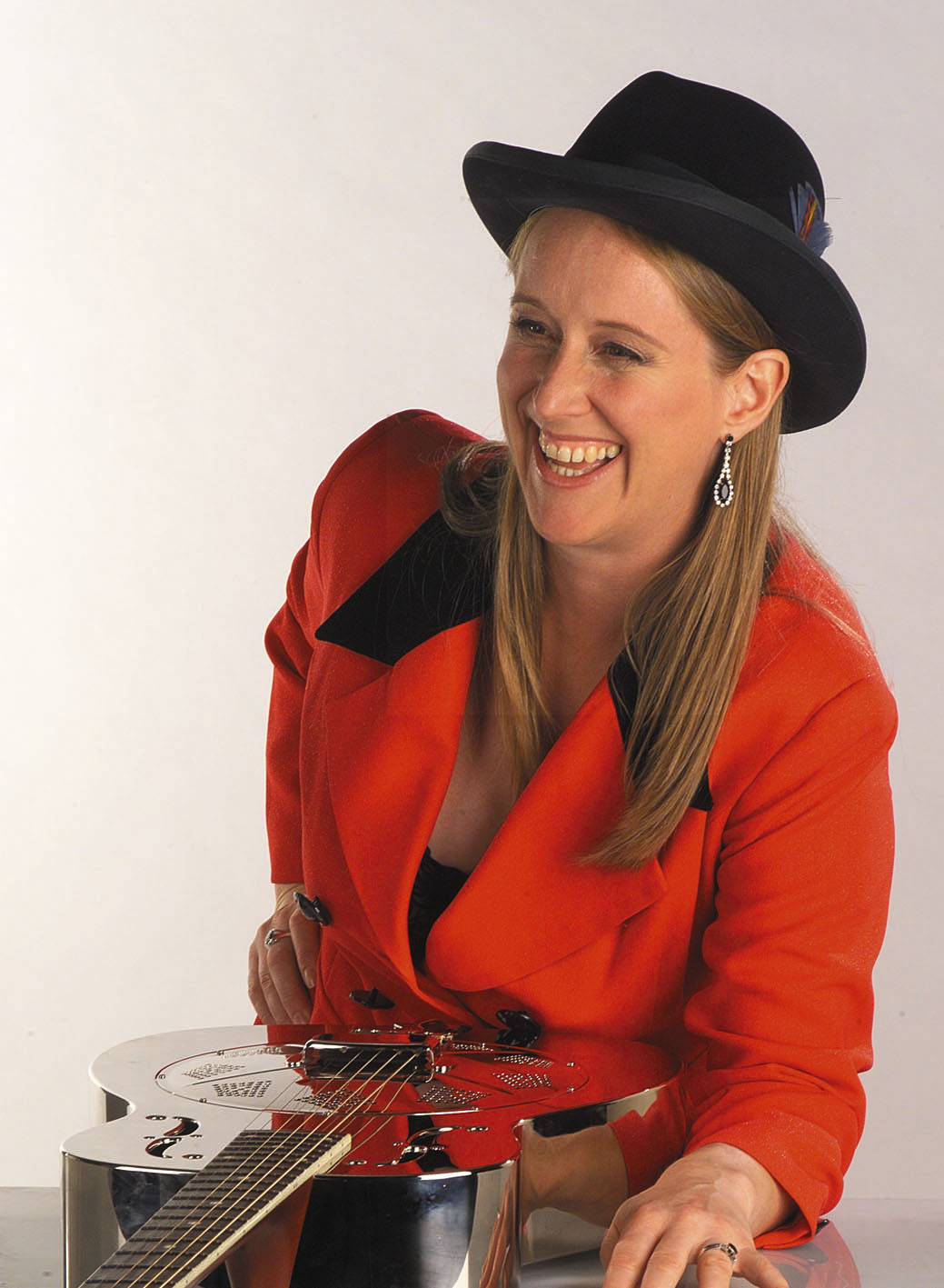 Fiona Boyes is an Australian blues singer, guitarist and songwriter. She has been performing and recording for over 25 years and has built a successful career that has taken to stages and festivals around the globe. Australia’s first lady in the Blues is a veteran recording artist who has 15 albums. She was nominated for 7 USA Blues Music Awards in 5 categories, including 2 nominations in the USA Blues Music Awards 2017 – ‘Acoustic Artists of the Year’ and ‘Acoustic Albums of the Year’ – for her new album ‘Professin’ the Blues’. The 2017 Blues Blast Music Award for ‘Acoustic Blues Album Of the Year’ was given to the album. More than 30 Australian music awards have been presented to her, including blues, folk and jazz. Fiona’s deep understanding of the Blues, as well as her love for the art form itself, lends authenticity and conviction to her songwriting and playing. Fiona started her career in Blues when she was awarded an Australian-made Maton guitar at a local talent show. She began her career with The Mojos, an all-female band that went on to record 5 albums. Fiona’s debut solo album, “The Blues Album”, was released in 2000. It won the Song of The Year, Female Artist and Australian Blues Album awards. In 2003, Fiona won the International Blues Challenge in Memphis. She was the first woman and the first non-American to receive this honor. She has been a prolific international tourer and has won numerous awards since then. Her repertoire can be played on either an electric or acoustic guitar. It’s like a Blues travelogue. You’ll hear her playing pre-war Delta slide and wailing laments as well as single chord Mississippi Hills grooves and intricate finger picking. There is also a lot of New Orleans barrelhouse, Memphis soul, classic Chicago sounds, country stylings of Texas Swing and uptown sounds from the West Coast. Fiona dives into her love for acoustic guitar and songwriting in her new album, ‘Professin’ the Blues. Hubert Sumlin, her mentor and friend, said it. “She’s got it!” I’ve played with them all – she has it! Fiona is constantly on the move and divides her time between Australia (Nth America) and Europe. Portland, Oregon is her home-away from-home, where she enjoys the festivals in both hemispheres. Fiona, who is currently back in Australia, lives along with Steve (aka The Preacher), an Anglican priest and social activist. They share the joys of their nine grandchildren and five children. From www.fionaboyes.com