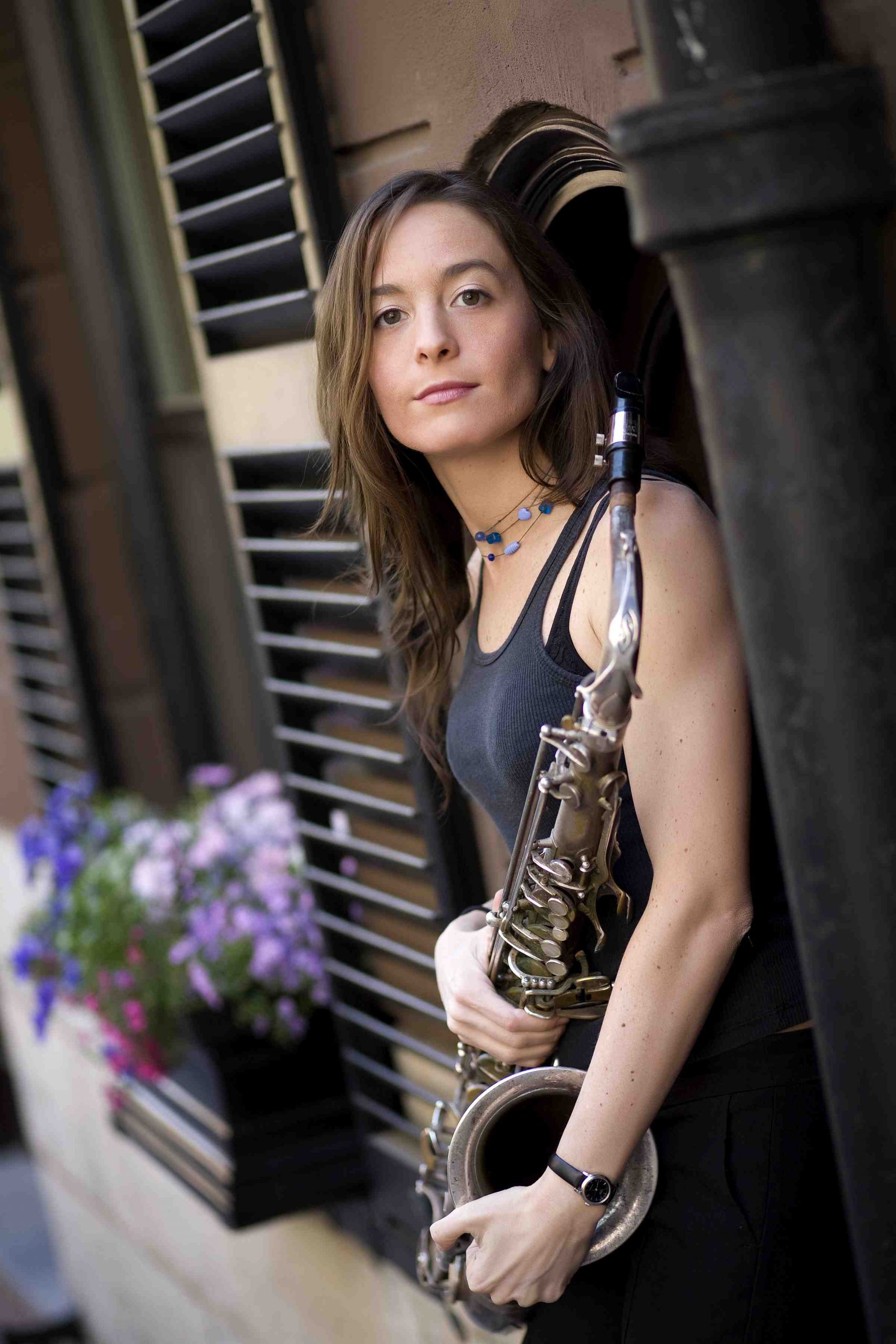 Florencia is a composer, performer, multi-woodwind player, singer, and session musician. Her bands range from a duo with guitar and saxophone, to a 20-piece Big Band. Her Big Band has been playing in Boston since 2007, and was named one of the top five jazz bands in Boston. She then moved to New York where she created a new Big Band with the most talented jazz musicians in the city. She also leads the Candombe Project which includes singing, horns and percussion. The project has performed regularly in New York, and has been a part of many Latin music festivals. Her music career was shaped by her upbringing in Montevideo, Uruguay. It included many styles, including jazz, bossa Nova, rock, pop, rock, funk, candombe and tango. As a classical musician, she was first to be awarded the National Symphonic Orchestra’s saxophone in 2003. She also studied classical saxophone in Uruguay. She moved to Boston in 2004 and received her Bachelor’s Degree in Jazz Composition/Performance from Berklee College of Music. She graduated from Berklee College of Music and went on to pursue her Master’s degree in Jazz Composition at New England Conservatory. Florencia studied with Joe Lovano and Jerry Bergonzy as well as Hall Crook, Charlie Banacos (with honors), Ken Schaphorst and Ken Pullig, Ed Tomassi, Ken Pullig, Greg Hopkins, and Frank Calberg. She is currently a music educator and teaches Music Theory, Ear Training and Jazz Ensemble in several New York City music conservatories and schools. from http://www.florenciagonzalez.com