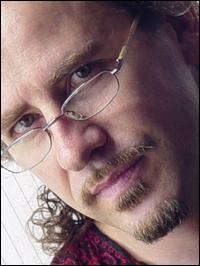 Franc O’Shea, a Swaziland-born bassist and composer, is Franc. Other artists he has worked with include Lisa Moorish (Yes), Steve Howe (Level 42), Mike Lindup (Level 42), Bah Sambo, and members of Jamiroquai. His playing includes a wide range of styles, including jazz, Latin and rock, world musics, flamenco, funk, and rock. In 1999, he released Esprit as a solo album. He has collaborated recently with Chick Corea and Paco de Lucia on Alkimia, which features members of Chick Corea’s and Rubem Dantas’ bands as well as Juan Manuel Canizares and Benjamin Sarfas. He currently teaches at Brighton Institute of Modern Music, and he lives in England and Spain. From Wikipedia