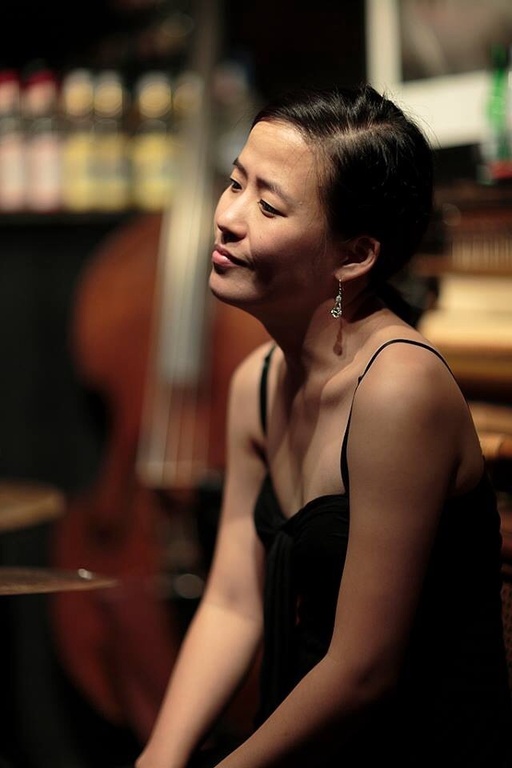 Francesca Han, a pianist, captures the delicate affectivity of classical music as well as the uninhibited effusiveness and beauty of rock music. After studying both, she developed a jazz style that is at once traditional and unique. After enjoying great success in Korea, she moved to New York City in 2004. She received her master’s in jazz performance at Queens College, where she was accompanied by Bruch Barth and David Berkman, as well as Michael Mossman, trumpeter and arranger, and Antonio Hart, saxophonist. She also studied with Ralph Alessi and Jason Moran. She performed in various jazz groups during her eight years in NY, including Dizzy’s Club Jazz in Lincoln Center, Kitano and Sofia, Garage, fatcat and Smalls, Cleopatra’s …), as well as at international festivals like Jarasum Jazz Festival Taichung Jazz Festival, Penang Jazz Festival. New York Daily News has given her a high-profile review for her performance with Jayu at Jamaica Center. It was praised for its mix of traditional Korean music and jazz. Francesca Han’s debut album, “Francesca Han”, was released in 2009 (M.M. Francesca’s playing has been characterized by a deep musical intimacy. She released “Illusion”, her NewYork album for a trio of musicians, and “Ascetic”, her first solo piano album (Audioguy) in 2012. She recorded the duo concert she gave in Seoul with Alex Sipiagin and it was released in 2014 (Audioguy). In 2015, Francesca released a special album called “Blue Suns” (ILIL Record)- a free jazz improvisation trio featuring Avant Trio, Kim Oki/sax, Kim SungBae/bass. Another album, “ICARUS”, was also released by her with the Korean trio of Lee SoonYong/bass and Shin Dongjin/drums. Francesca resides in Tokyo, Japan since January 2015. From www.francescahan.com