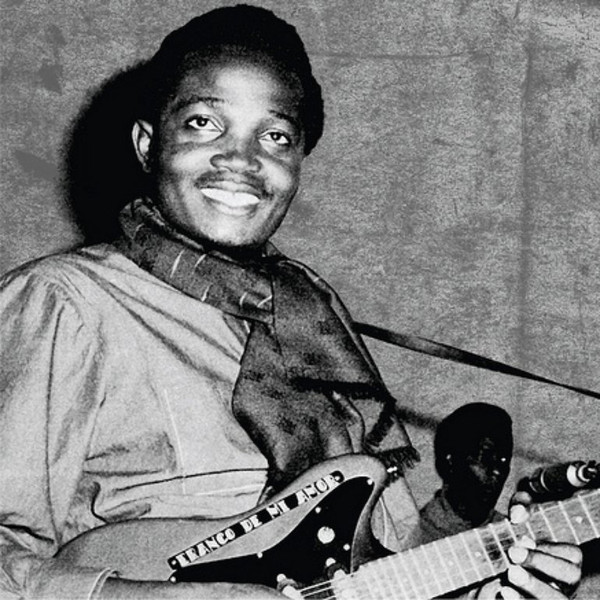 Francois Luambo Makiadi Lokanga La Djo Pene, 6 July 1938 – 12 October 1989), better known as Franco Luambo (or simply Franco), was a national figure of 20th century Congolese pop music. Franco was the founder and leader of the Orchestre T.P.O.K. From 1956 to his death in 1989, Jazz was his mainstay. Franco, the originator of modern Congolese music, revolutionized African music by releasing hundreds upon records, training hundreds of musicians, and becoming an African super-star. Franco is best known for his Rumba playing and was called the “Sorcerer to the Guitar”. From discogs