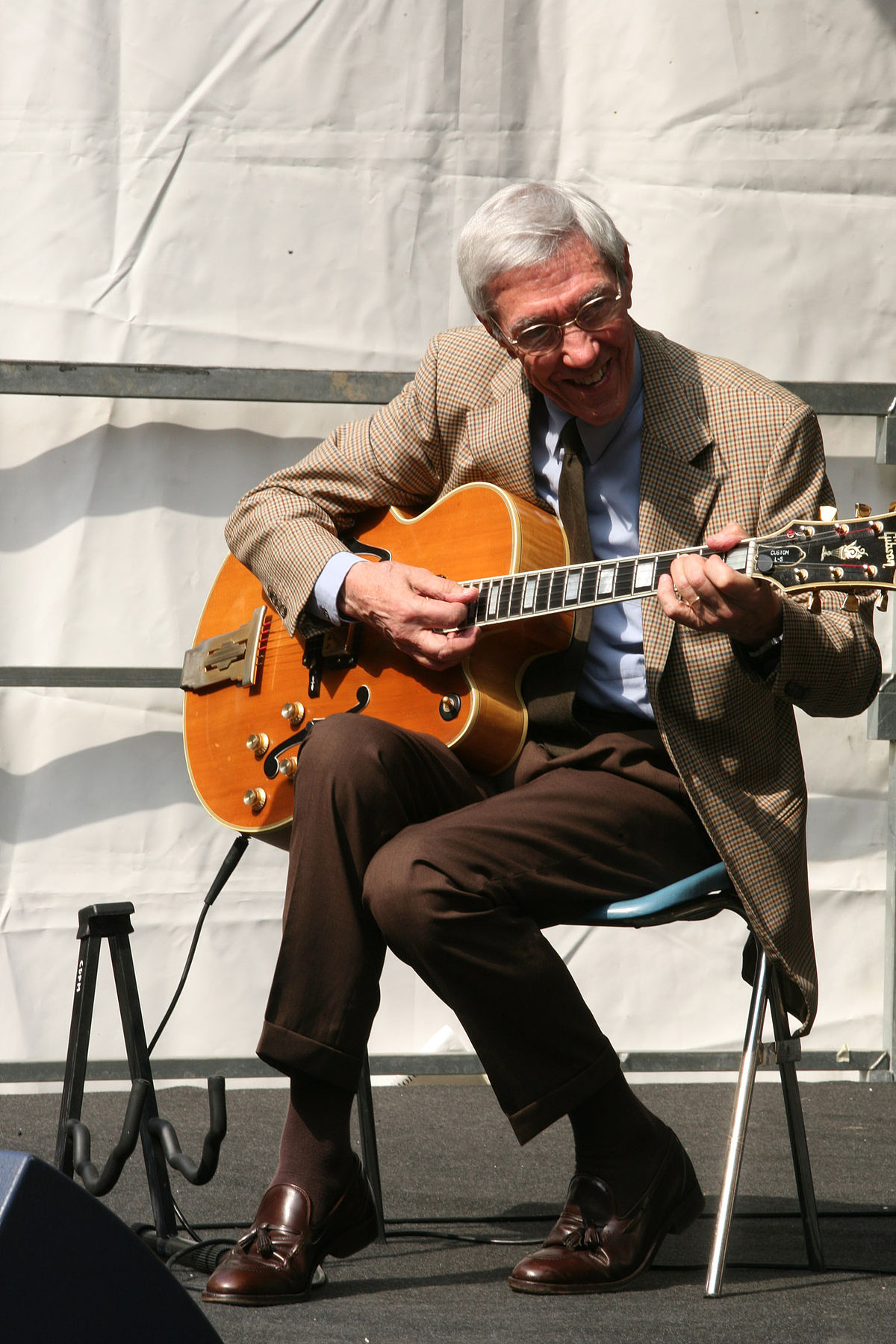 Italian jazz bassist and guitarist. Born in Milano, Italy on January 29, 1926. Franco Cerri was not just one of the most influential and popular Italian guitarists in the world, but also one of Europe’s most prominent stylists. His long and prolific career began in 1945 with Gorni Krumer, and he was accompanied by Django Reinhardt in 1949. He was one of the most respected jazz musicians in the 1950s. He worked with musicians such as Gerry Mulligan and Chet Baker, and Billie Holliday and Lee Konitz in modern jazz quartets, making him a leading figure in both the European and Italian jazz worlds. He was elected “Commendatore della Repubblica” by President Carlo Azeglio Ciampi on January 1, 2006. From discogs