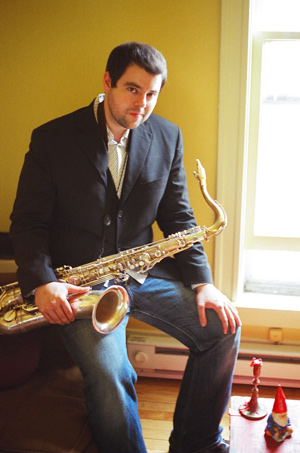 Frank Catalano’s Savoy label debut is with “Bang!” Bang! debuted at #12 in the Billboard Jazz Charts. Frank’s previous album, “Mighty Burner”, was #12 on the Billboard Jazz Charts for 20 consecutive weeks. Catalano is the only saxophonist to have performed alongside Miles Davis and other greats, including Elvin Jones, Charles Earland, Stan Getz (from high school), Tito Puente (from high school), Tony Bennett, Les Claypool, Les Claypool, and Louis Bellson. At the age of 18, he signed to Delmark Records and released a series of critically acclaimed records. Catalano’s recordings, which include 11 Grammy-nominated and 3 Grammy-winning albums with artists like Jennifer Lopez, Destiny’s Child and John Legend, have been heard by millions around the globe. He performed live with Seal, singer/composer. Frank was no stranger to hardship. He lost his right middle finger after an accident in the car. Catalano was able to regain his signature technique after many surgeries. He is now one of today’s most sought-after musicians. Catalano regularly contributes his musical talents to the Susan G. Komen Foundation for Breast Cancer. Frank is also an entrepreneur and has invented a device that allows him control his saxophone using midi components. Frank is a spokesperson/clinician/performing artist for companies such as Yamaha, Rico/D’Addario, and JodyJazz. You can see him in their worldwide Print Ads. Catalano’s music has been featured in the ads of Motorola, Jaguar Land Rover, Land Rover and Budweiser, as well as many TV and Film productions. Frank is a composer of classical music when he’s not on the road or in the studio. Frank received a BA degree in music composition from DePaul University. He plays the piano, drums, and flute as well as the saxophone. Frank has other interests, including racing his BWM-1series in closed-course competition. from http://www.catalanomusic.com