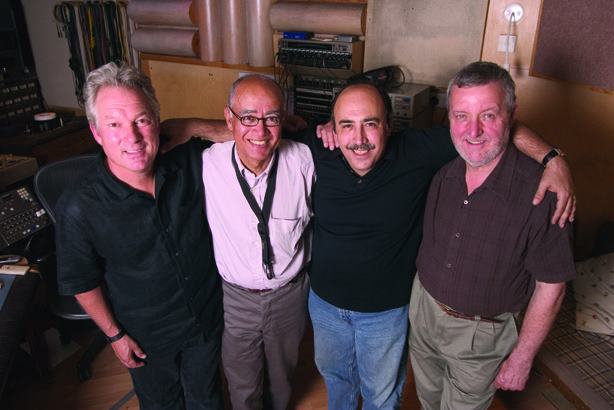 The Frank Giasullo/Art Themen quartet is a US/UK collaboration in jazz, led by Frank Giasullo (New York-based composer/pianist) and Art Themen (great UK saxman). The Quartet’s unique blend of jazz standards, original material and distinctive soloing skills creates a captivating sound. It can be heard on Until The Next Time which was recorded in London last Autumn. Although Frank Giasullo has a classically-trained jazz musician, his piano playing and music writing are influenced by his love for folk, blues, and gospel. Frank believes that this gives his music a ‘rare naturalness and ease with the listener, but also offers new delights long-after the first hearing’. Frank studied jazz piano under John Coates Jr. Richie Beirach and Bill Mays. He has also worked as a performer and composer in the jazz and classical idioms. Arlis Heukelekian, a pianist from New York, first performed his original piano pieces in 1970. He has released two jazz albums, First Light and Expedition, and has been on four successful tours in England. This will be his fifth tour. Art Themen started playing jazz with the Cambridge University Jazz Group. He then played in London with blues musicians Jack Bruce, Alexis Korner and others. He began his career in 1965 with the Peter Stuyvesant Jazz Orchestra, which was based in Zurich. Later, he would play with Graham Collier’s Music and Michael Garrick. He began playing with Stan Tracey in 1974, which was to become one of his most important musical relationships. He has toured with Tracey in all his groups and played with them all. He has also toured and played with artists like Nat Adderley and Ian Carr. Pat Tamminen started playing the drums when he was seven years old. He grew up in a variety of rock and jazz bands throughout New England. He graduated from Berklee College of Music and Hartford Conservatory of Music. During this time, he also studied privately alongside jazz legends Bob Moses, Joe Hunt and Peter Erskine. He has recorded and played live with many top artists over the past two decades. Dave Green is a self-taught bassist. In 1963, he became a professional musician and joined the Don Rendell/Ian Carr Quintet that same year. He also played with some of the most prominent British jazz musicians, including Stan Tracey and Humphrey Lyttelton. Dave has been accompanied by many American musicians to the UK, including Coleman Hawkins and Ben Webster, Lee Konitz and Roland Kirk, Scott Hamilton, Scott Hamilton, and many others. Six times he has been awarded the British Jazz Awards’ bass category. from www.jazzservices.org.uk