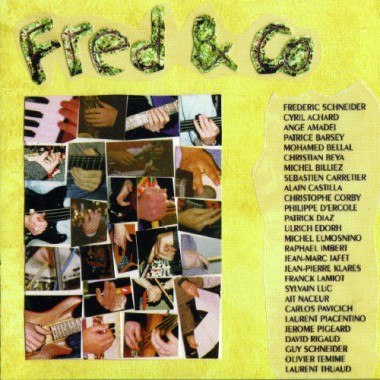 Frederic SCHNEIDER, a French electric-bass virtuoso, is Frederic SCHNEIDER. FRED AND CO. was his jazz-rock fusion band. He wanted to avoid too technical and demonstrative music. This band is very modern and plays music that has been influenced by SIXUN, SPYRO GARRA and WEATHER REPORT. The 1996 debut album is an enormous success with a variety of atmospheres and a remarkable technical skill. Among the local scene, Cyril ACHARD and Christian BEYA (ATOLL) are some of the most well-known guests: Jean-Marc JAFFET and Jean-Pierre KLARES, Carlos PAVICICH, among others. CDUniverse has some great stuff