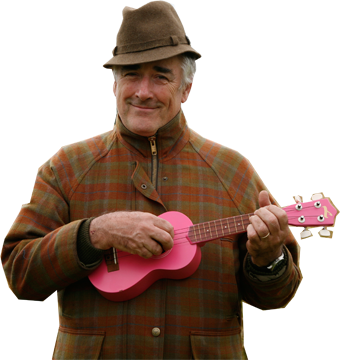 Fred Frith (born 17 February 1949) is an English multi-instrumentalist, composer and improvisor. He is perhaps best known for his guitar playing. Frith was one of the founders of the English avant rock group Henry Cow. Frith was also part of Massacre, Art Bears and Skeleton Crew. Frith has worked with a variety of musicians including Derek Bailey, Lol Coxhill and John Zorn. He also collaborated with The Residents, Lol Colxhill, John Zorn and Brian Eno. Many of his long compositions include Traffic Continues (1996, performed by Ensemble Modern in 1998) and Freedom in Fragments (93, performed 1999 in Rova Saxophone Quartet in 1993). Frith composes most of his music and has produced many albums by other musicians including Curlew and The Muffins and Etron Fou Leloublan. Nicolas Humbert’s 1990 award-winning documentary Step Across the Border features Frith. Werner Penzel also featured Frith. Act of God, a Canadian documentary about the metaphysical effects of lightning strikes, also features Frith. Frith has been a contributor to many music publications including Trouser Press and New Musical Express, as well as facilitating improvising workshops around the globe. His career spans more than three decades, and he has appeared on over 400 albums. He continues to perform around the globe. Frith is currently Professor of Composition at Mills College, Oakland, California. He lives in the United States together with Heike Liss, a German photographer, and their two children, Finn Liss (1991) and Lucia Liss (1994). For his achievements in experimental music, Frith received the 2008 Demetrio Stratos Award. This prize was established in 2005 to honor Demetrio Stratos (an experimental singer from Area who died in 1979). In recognition of his contributions to music, Frith was awarded an honorary doctorate by the University of Huddersfield, West Yorkshire, England. Frith is the brother to Simon Frith (a well-known music critic, sociologist and sociologist) and Chris Frith (a psychologist at University College London). From Wikipedia