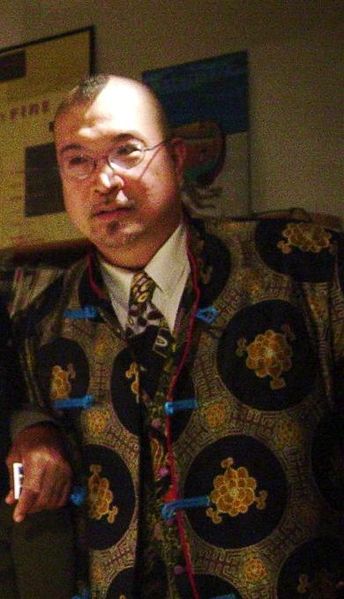 Fred Ho’s prodigious gifts as a jazz composer were equaled (and augmented) by his drive to effect social change. Ho’s leftist leanings informed virtually every piece of music he wrote, often by means of clumsily written agitprop lyrics. The results could be humorous and/or moving, but were more often than not simply leaden. Ignore the heavy-handed preaching, however, and Ho was a sensitive and imaginative composer who learned the lessons of Duke Ellington and applied them to post-Coltrane jazz. Ho received his B.A. in Sociology from Harvard in 1979. In 1982, as Fred Houn (he later changed his name), the composer founded the Afro-Asian Music Ensemble, with which he recorded Tomorrow is Now! (1986) for the Soul Note label. During the ’80s and ’90s, he would also lead and record his Asian-American Art Ensemble and his Monkey Orchestra. Fred Ho died of cancer at his home in Brooklyn on April 12, 2014; his résumé had become filled with grants, fellowships, residencies, and awards, to say nothing of his considerable activities as a community activist. from allmusic