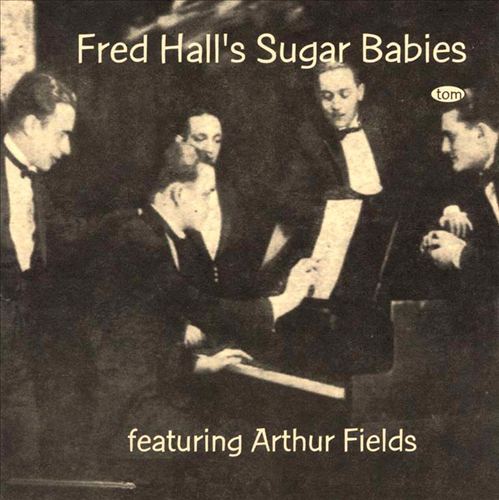 Fred Hall, also known as Fred Arthur Ahl (1898-1954), was an American composer, pianist, and bandleader. Hall was born in New York. He began his musical career as a song-plugger with various music publishers. Hall, his bandleaders and their men recorded for many labels (see below), starting in 1925. Hall had a long partnership with Arthur Fields, his vocalist, and he co-wrote many songs. Hall and Fields appeared together on The Sunday Driver, a NBC radio program. Hall’s band featured notable musicians like trumpeters Mike Mosiello, Leo McConville, and others. Hall also performed scat singing, as well as conducting and composing. The Old Masters label has reissued a selection of Hall’s recordings on CD. Hall recorded his last recordings in 1932. After that, little is known about him. He joined ASCAP in 1939, it is known. From Wikipedia: He died in New York at 56 on October 6, 1954.