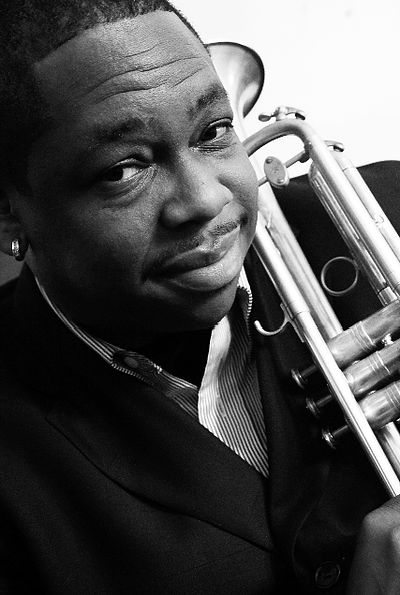 Freddie Hendrix is a trumpeter, composer, and arranger originally from Teaneck in New Jersey. He has steadily worked his way up the ranks of the best-call musicians over the past two decades to reach his current position as a soloist, lead trumpeter, or section player in a big band. He has been a repeat employee with the Count Basie Orchestra, an archetypal swing machine. He re-joined the orchestra in 2010, having left the Count Basie Orchestra at the end 2007 to join Alicia Keys’ 2008 ‘As I Am” world tour. Keys performed 105 shows in more than 30 countries. He has worked with some of the most talented musicians in the world as a member the ‘ChopHorns horn section, along with Ray Chew, and the Crew at BET Honors in Washington, DC, from 2009 to 2013. This house band has supported celebrities such as Stevie Wonder and Mary J. Blige on the annual BET Honors Show. There are many more. Recent performances include The Jimmy Fallon Tonight with Steve Wonder, and the Jimmy Fallon House Band to celebrate Jimmy’s birthday in September 2014. Also, Aretha Franklin performed at Radio City Hall 2014 again and for her birthday in March 2015. Freddie has also performed for two presidents! One time at the White House in February 2012 for President Obama and his “Red, White, and Blues” PBS special. In May 2014, Freddie performed for former President Bill Clinton at Ginny’s Supperclub, NYC. Other notable performances include with Stanley Clarke, the virtuoso jazz bassist, for his 60th Birthday celebration at the Blue Note Jazz Club in New York and as a special guest at Steve Wilson’s 50th Birthday bash at The Jazz Standard in NYC. Freddie has a Bachelor’s and Masters degrees in music performance. He is currently a faculty member of Melissa Walker’s Jazz House Kids Program in Montclair, New Jersey. Freddie’s recordings and performances include the Grammy-winning Christian McBride Big Band and Dizzy Gillespie All-Star Big Band. Monk Sextet and Cecil Brooks III’s CB3 band. Also, the David Krakauer/Fred Wesley group “Abraham Inc” Freddie is a great player in the music industry, combining the talents of Woody Shaw, Clifford Brown, Clifford Brown, and Woody Shaw. He is a charismatic personality with a great sense of swing and tone. His superb versatility is a strength in all settings, including R