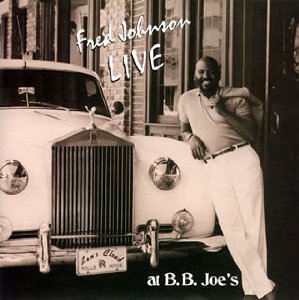 Freddy Johnson was a great swing-based pianist during the 1930s. His peak years were spent in Europe. Elmer Snowden (1925), and Noble Sissle were his collaborators. He first visited Europe in 1928, along with Sam Wooding. He moved to Paris in 1929 and started his own band. Arthur Briggs recorded during 1933-1934. Johnson performed with Coleman Hawkins, Willie Lewis and spent some time in Amsterdam and Belgium. He also recorded one final session in 1939. He chose to ignore the Nazis and was captured. He spent 1941-1944 in prison. Johnson was released after being returned to the U.S. and he played piano with Garvin Bushell. On a Classics CD, you can find his sessions as a leader. Allmusic