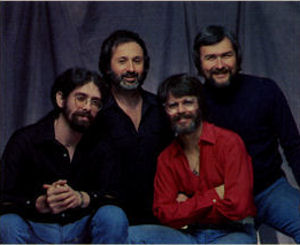 Free Flight was founded by Jim Walker, a masterful classical flutist, and Milcho Leviev, a versatile keyboardist. After some internal dissension, Mike Garson replaced him in 1984. Free Flight has recorded recordings for Arabesque and Palo Alto. It successfully fuses classical passages with straight-ahead jazz and fusion, switching between the three in the same chorus. Walker’s complex unison choruses together with Garson are a highlight for the latter-day group. Neither virtuoso makes a mistake, even though they have a long list of them. The group was also founded by drummer Peter Erskine and bassist Jim Lacefield. Ralph Humphrey assumed Erskine’s place in 1982. With the passing of Lacefield the drum and bass chairs were filled by a variety flexible players. Free Flight, now a collaboration between Walker u0026 Garson, has been continuing on a part time basis through the mid-’90s. Allmusic