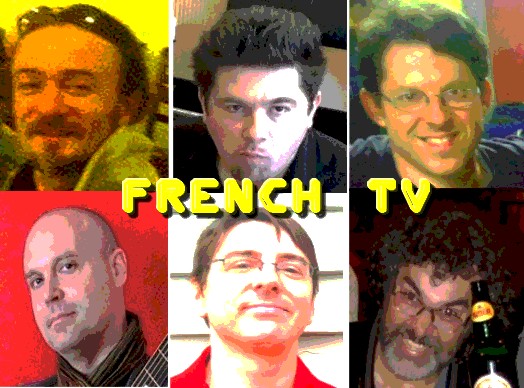 French TV, a progressive rock band based in Louisville, Kentucky, has been around since 1983. Although members have changed over the years, Mike Sary, the founder/bassist/main composer, has remained the band’s mainstay throughout the millennium. The band has released 12 cds. The band has toured extensively in the United States, playing with many artists, including Present, Volare and Michael Manring, Quarkspace and Gary Parra’s TRAP. They have played in Chicago (Georgia-we DID NOT say the US), San Francisco, Los Angeles and St. Louis. ), Denver and San Diego, San Diego and Columbus, Atlanta and Washington DC, Lexington and Milwaukee. They played in Reims (France), Strasbourg, Paris and Lyon [Germany] during their European tour. They added Verviers [again], Madrid [France], Perpignan [France], Barcelona [France], Toulouse, Le Mans and Paris to their world map in 2012. Radio stations around the world have played their CDs and praised them.