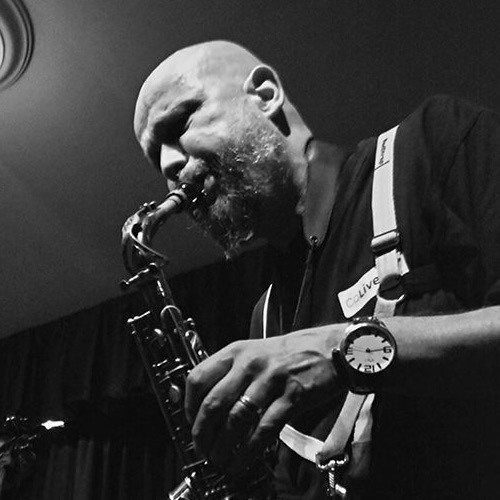 Frido ter Beek, a Dutch saxophonist, lives in Buenos Aires. He studied classical saxophone with Ed Bogaard and Andre Hemmers at the Conservatory of Utrecht. He graduated in 1987 as both a teacher and performer. In 1988, he decided to study jazz at Ferdinand Povel’s former Hilversum Conservatory (now Conservatory of Amsterdam). He moved from Utrecht, Netherlands to Buenos Aires in September 2015. However, he continues to be involved in several projects in the Netherlands such as the Koh-I-Noor Saxophone Quartet and Film Orchestra The Sprockets. In Buenos Aires, Frido formed a jazz quartet (in 2017 el Club de Disco released his first cd, entitled ‘Entonces que?’) Participated in the Roseti project (also released in 2017, their first CD, ‘Deshacer). He is also the saxophonist of the Julian Solarz Grupo and the Sophie Lussi Quintet. This project is called “Monk Etc.” Dedicated to Monk, Mingus, and Ornette Coleman’s music, this group is also known as ‘Monk Etc.’. This ensemble, like the Sprockets performs music with film. Frido is often seen with well-known Buenos Aires musicians such as Ernesto Snajer and Alvaro Torres. He also plays with Pepi Taveira, Rodrigo Dominguez, Rodrigo Dominguez, and other Jazz orchestras like the CCK Big Orchestra, led by Mariano Loiacono. As a soloist, he has appeared on the International BA Jazz festival two years in succession. Frido’s solo performances often combine music, live electronics and image. He gives masterclasses and workshops in Buenos Aires and has private students. He travels to Montevideo once a month to give saxophone lessons and improvisation lessons. Frido began teaching jazz at Avellaneda’s EMPA in Buenos Aires in 2018. Frido has performed with many European artists, theater companies, and orchestras. These include the Orchestra de Volharding (Ensemble Klang), Clazz Ensemble, Clazz Ensemble, Independance, Independance as well as the Paardenkathedraal Speeltheater Gent, Toneelschap A.